Evernote’s Food app debuted in December 2011 as a must-have for both the epicures and everyday folk alike.

Though the initial download was painfully short on features, today’s 2.1 update addresses some of the initial omissions by adding three new capabilities which make Evernote Food a whole lot more useful, starting with a reservation system built on OpenTable.

That’s right: like Siri, Evernote Food now lets you book a table at an OpenTable-friendly restaurant right within the app. Coupling that feature are user ratings supplied by Foursquare. And, you can now share clipped recipes on Twitter, Facebook or via email. Go past the fold for more details, screenies and a video demonstration…

OpenTable integration, which is also featured in Apple’s Siri, allows Evernote Food users to pick a day and any number of people when booking a table. Foursquare ratings are found on the Place Details page, as depicted in the lower left screenie. 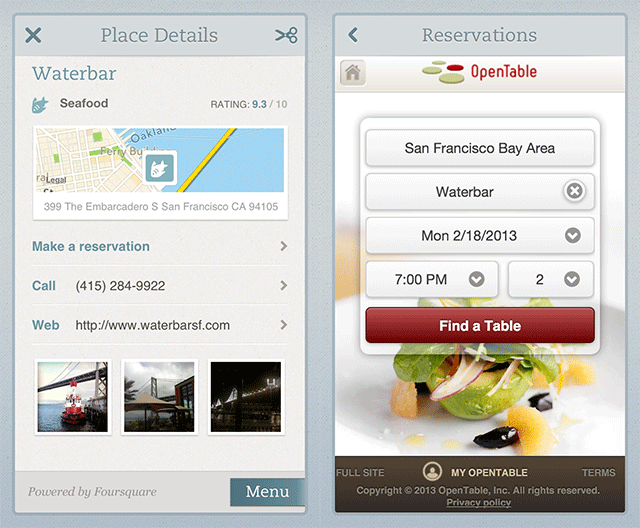 It’s interesting that Evernote tapped Foursquare and not Yelp ratings, even more so knowing OpenTable has its own ratings supplied by Yelp and others (OpenTable also recently snapped up photography-based Foodspotting restaurant discovery service).

Here’s making a reservation with OpenTable.

Don’t worry, syncing retains the organization of your recipes and you can choose whether to import Evernote recipes by tags or by entire notebooks. 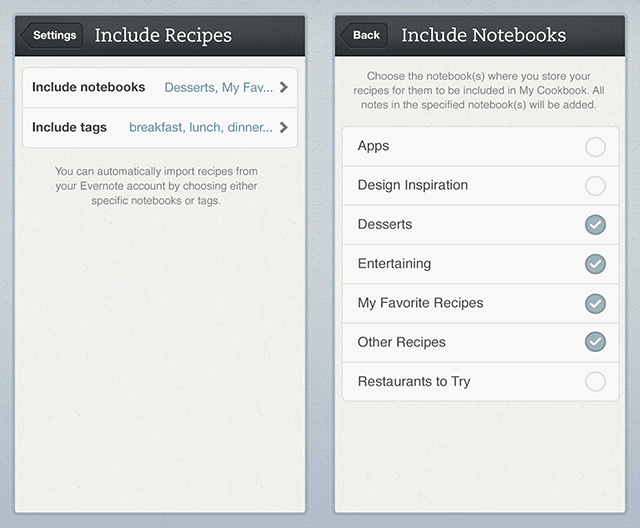 Other changes include improved search results for recipes and meals, meal images that now load more quickly and the ability to upload your own images from other albums in the Camera roll. Moreover, Evernote Food users in China and Japan can now search recipes from top regional publishers. 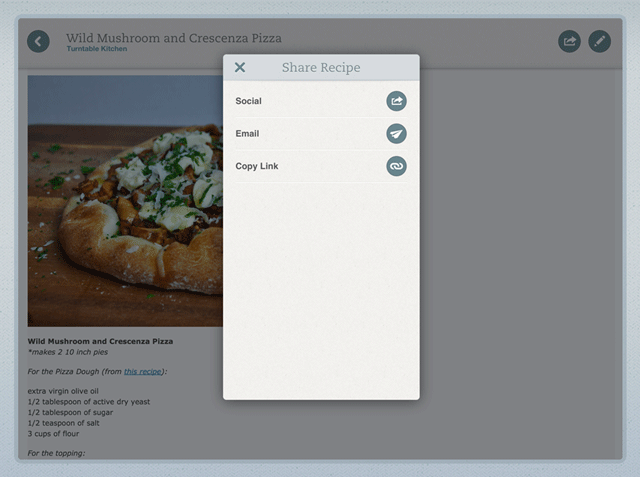 Evernote, which communicated the new features via a blog post today, warns that a recent system-wide Evernote password reset affects Food users as well. Therefore, you’re advised to reset your Evernote password if you haven’t done so yet and use your new credentials to log in to Evernote Food.

Evernote Food doesn’t cost a dime and is available to download now to your iPhone, iPod touch or iPad right from the App Store. A version for Android is available over at Google’s Play Store, but that download was stuck on an older version at post time, presumably until Evernote brings today’s goodies over to the Android platform.

Though a few cooking-related apps live on my Home screen, I wasn’t initially a huge fan of Evernote Food due to first releases being short on features. Today’s update brings Evernote Food on par with other related apps, especially with Foursquare ratings and OpenTable integration.

If your note-taking depends on Evernote and you store your recipes there, Food has just become a nice, useful app worth checking out – no matter whether you fancy cooking or are just looking for a well-reviewed place to treat your significant other to a romantic dinner.