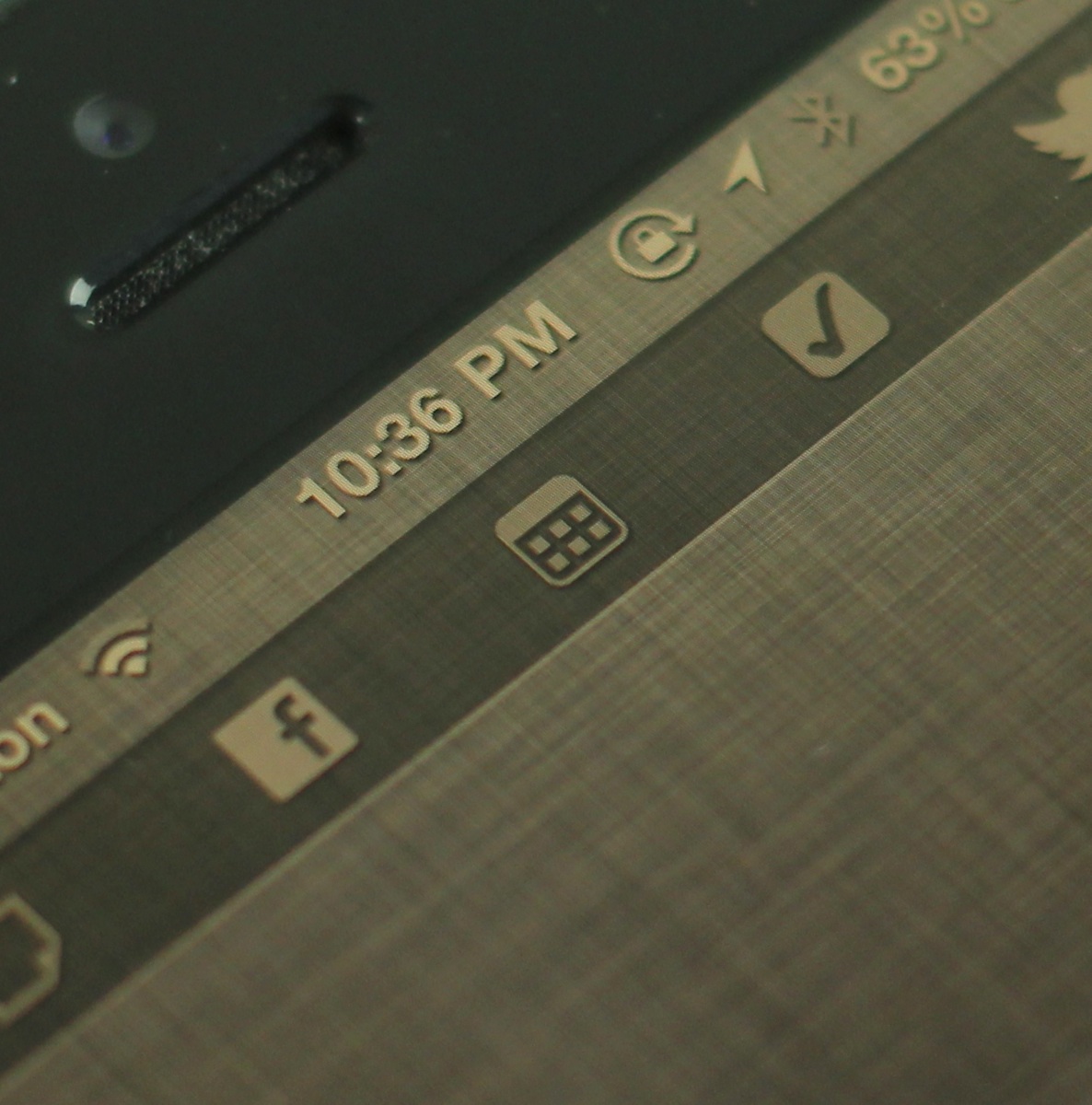 Tap to Widgets is a jailbreak tweak, which brings Reminders, Notes, and Calendar shortcuts to iOS’ Notification Center. Tap to Widgets allows you to easily add an item to any of these apps without having to fully open the app in question.

The tweak even lends the ability to add items to specific accounts, such as a different Calendar, or Reminders List. This is a beautifully designed tweak that functions just as you might imagine it might if Apple were behind it. Take a look inside as we walk you through each aspect of Tap to Widgets in our hands-on video.

As you know, iOS already features two built in stock widgets that can be enabled using the Notifications preference panel in the Settings app. These stock widgets, known as Share Widgets, allow users to quickly interact with Twitter and Facebook accounts. 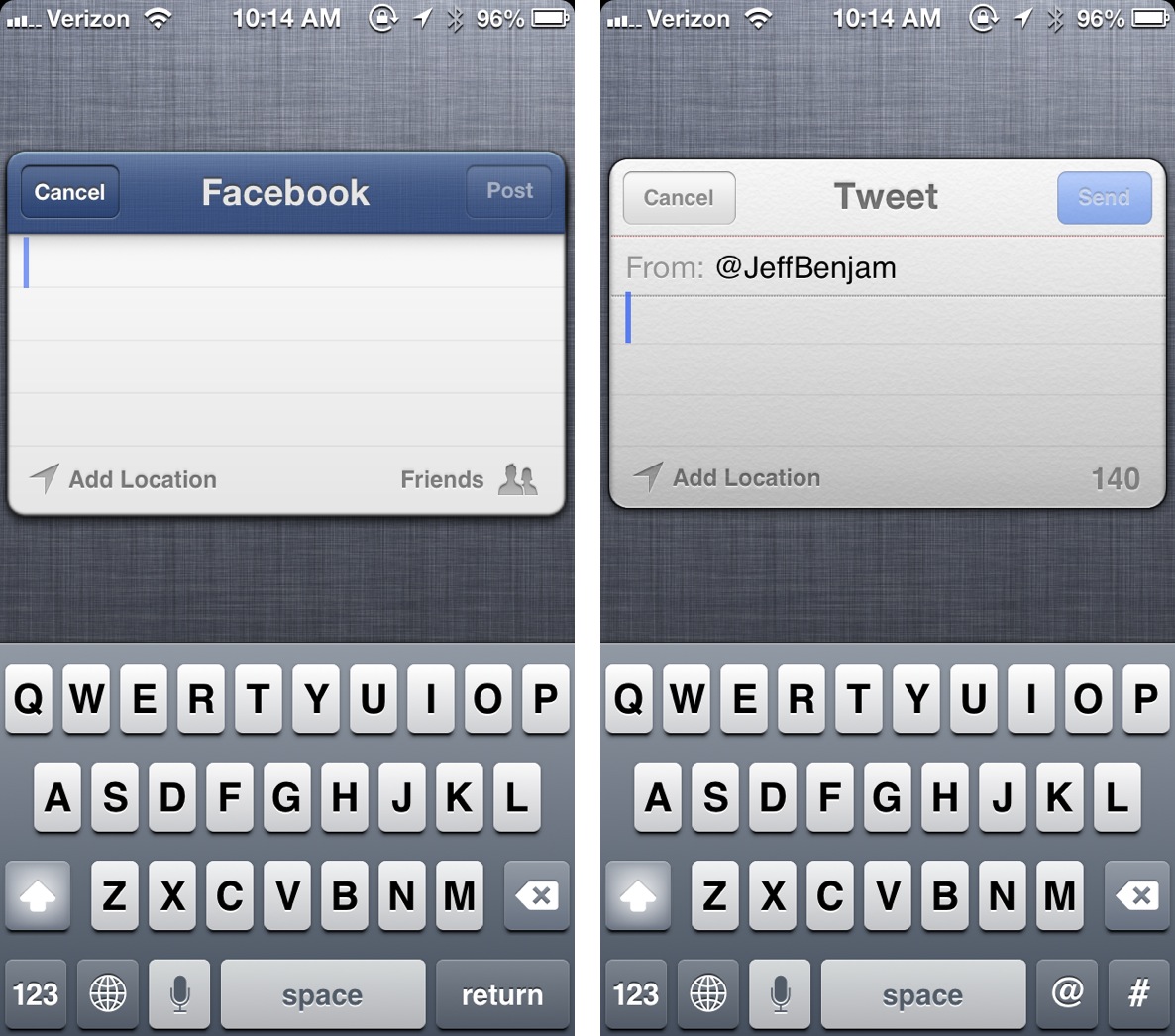 With Tap to Widgets, you can independently display any of the five widgets that the tweak includes, and you can even choose to display only one widget if that’s what you desire to do. But the really great thing about Tap to Widgets is the compatibility with Notes, Reminders, and Calendar. These widgets have been conspicuously missing from Stock iOS, and this tweak remedies the issue. 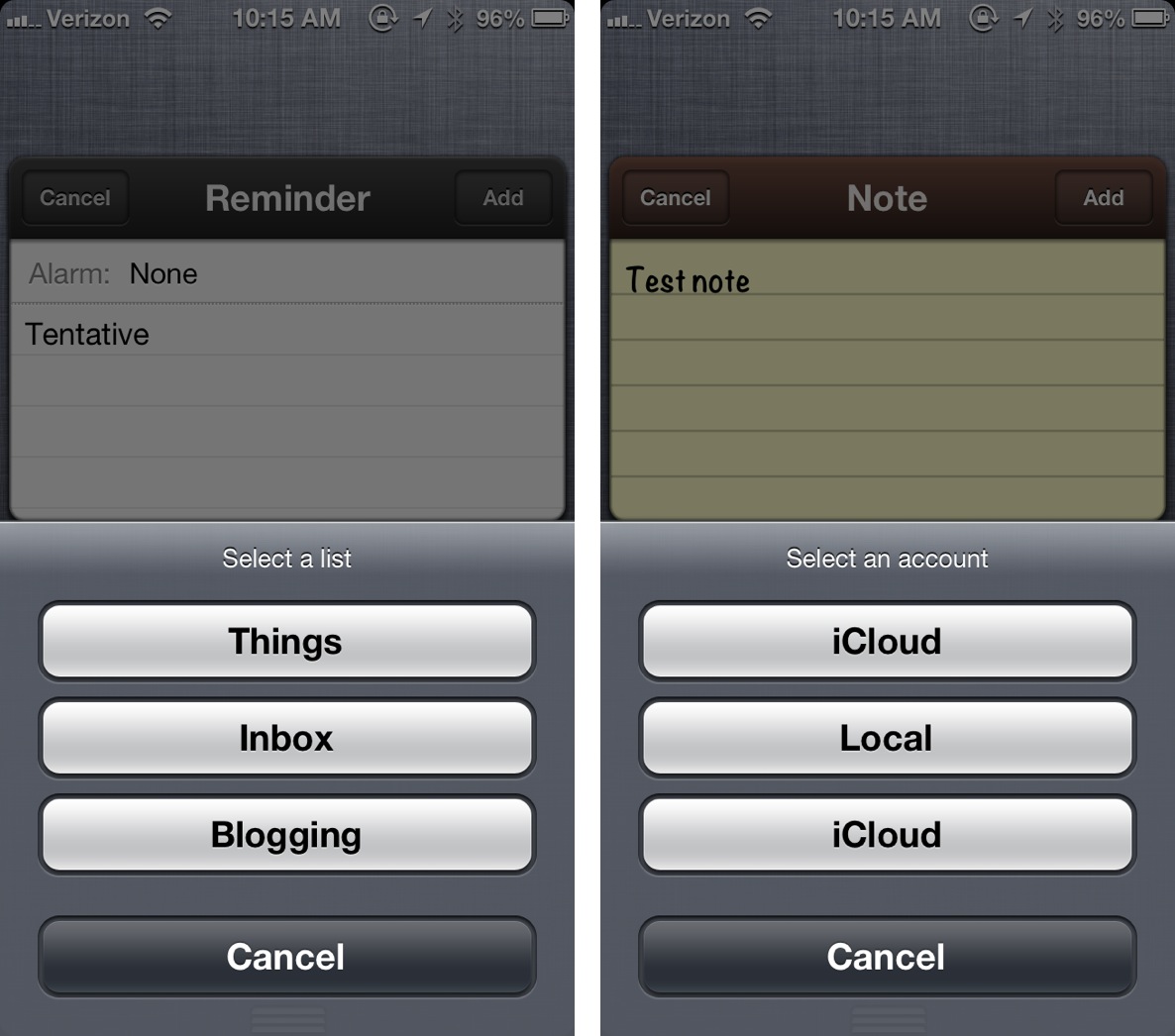 The awesome thing about Tap to Widgets is that each of the three aforementioned addons, Calendar, Reminders, and Notes can be used and modified, without having to open the full app. Add to that the ability to assign certain tasks, calendar items, and notes to specific accounts, and you have a surefire winner on your hands.

By tapping and holding on the Add button, you’ll engage a new menu which allows you to select where the item will be stored account-wise. It’s an extremely intuitive way to go about assigning items to specific accounts. 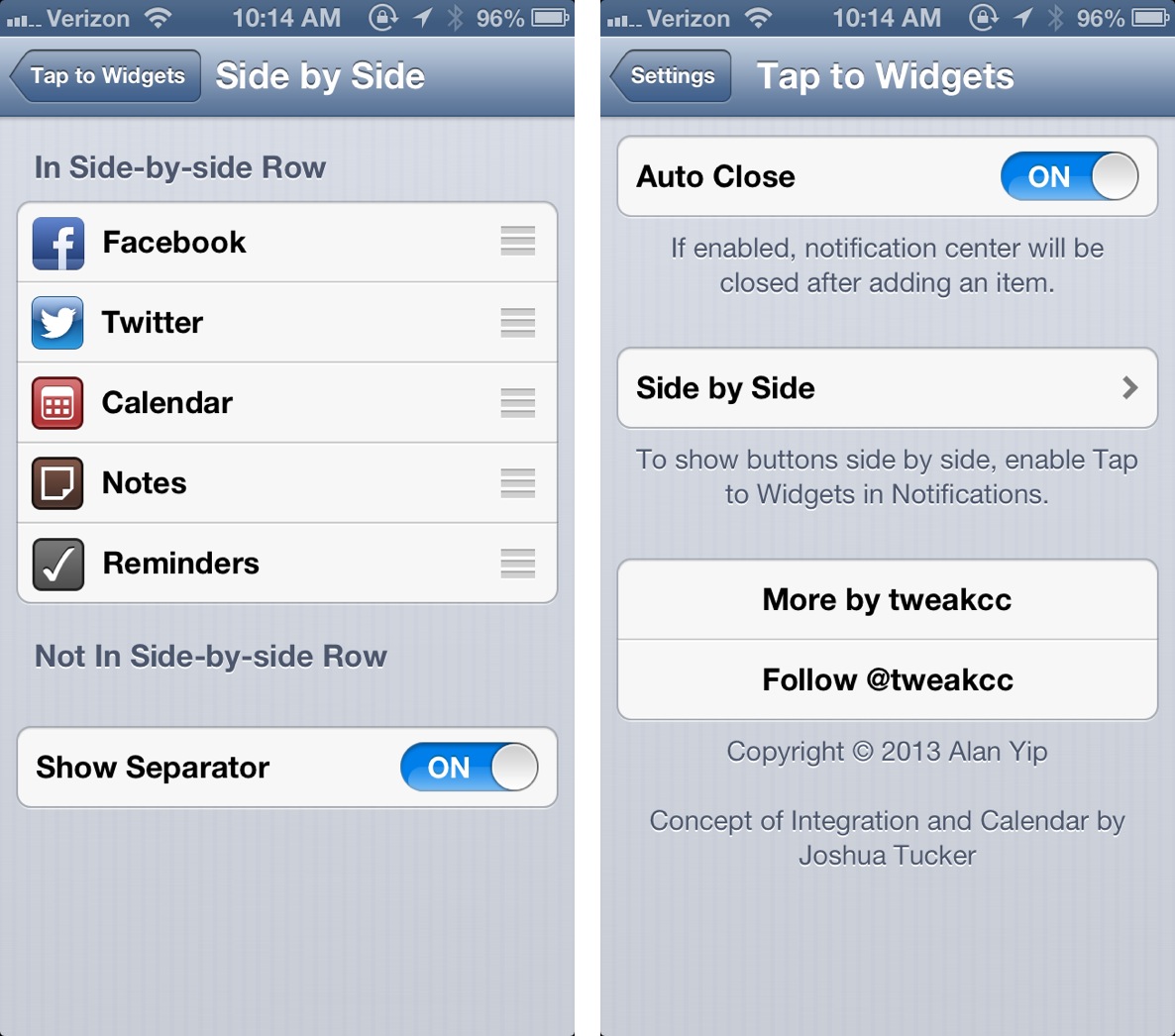 Tap to Widgets features a simple and straightforward preference panel. The preferences can be used to reorder the way the widgets appear in Notification Center, remove certain widgets, and add or remove the separator bar that appears between each. You can also set an option that closes the Notification Center after items are added to a widget.

It’s obvious that developer, Alan Yip, spent considerable time tweaking each aspect of Tap to Widgets in an effort to make it just right. He also made sure to credit Joshua Tucker for his help with the layout, and the integration of the buttons in Notification Center. For those wondering, yes, Tap to Widgets works fine with other jailbreak apps like Dashboard X and IntelliScreen X.

Again, this is a gorgeous jailbreak tweak that looks as if it was designed by Apple. If you’re looking for a quick and easy way to interact with your Reminders, Calendar, Notes, Facebook, and Twitter apps, then head over to Cydia’s BigBoss repo right now, and download Tap to Widgets. It can be had for an introductory price of $1.99. Let me know what you think about it in the comments section.