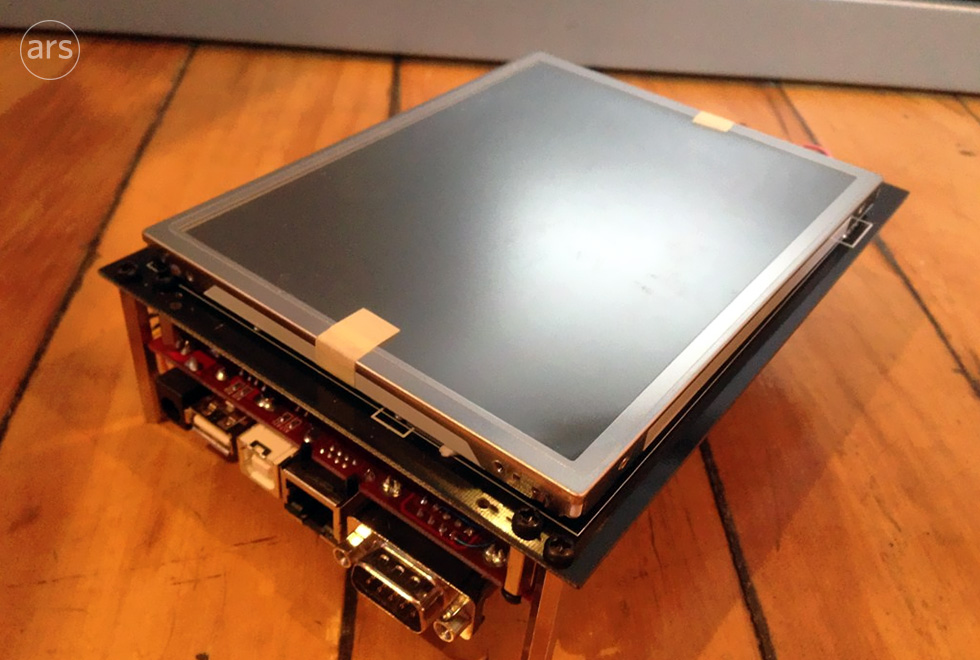 The monster 2012 Apple v. Samsung trial was a treasure trove of various iPhone prototypes that we had never seen previously. These not only gave us a glimpse into Apple’s creative process, we also got to see the various bodies Apple had been exploring for its then still work-in-progress iPhone. But this is something entirely different from everything so far.

For the first time, at least to my knowledge, we are offered a look into an extremely early iOS device prototype. The thing looks like something engineers would duct-tape together after a brainstorming session in Apple’s kitchen. As you can see, it has a bunch of chips, tacked-on ports and a massive screen measuring five by seven inches. A former Apple employee said that “at the time, it was really impressive seeing basically a version of OS X running on it”…

ArsTechnica obtained these images through a former Apple employee who worked on various Apple hardware projects in the early 2000s.

It’s obviously a very early development device, something engineers must had toyed with to explore the earliest ideas long before the feature set was set in stone and certainly long before designers and engineers started exploring potential form factors and industrial designs. 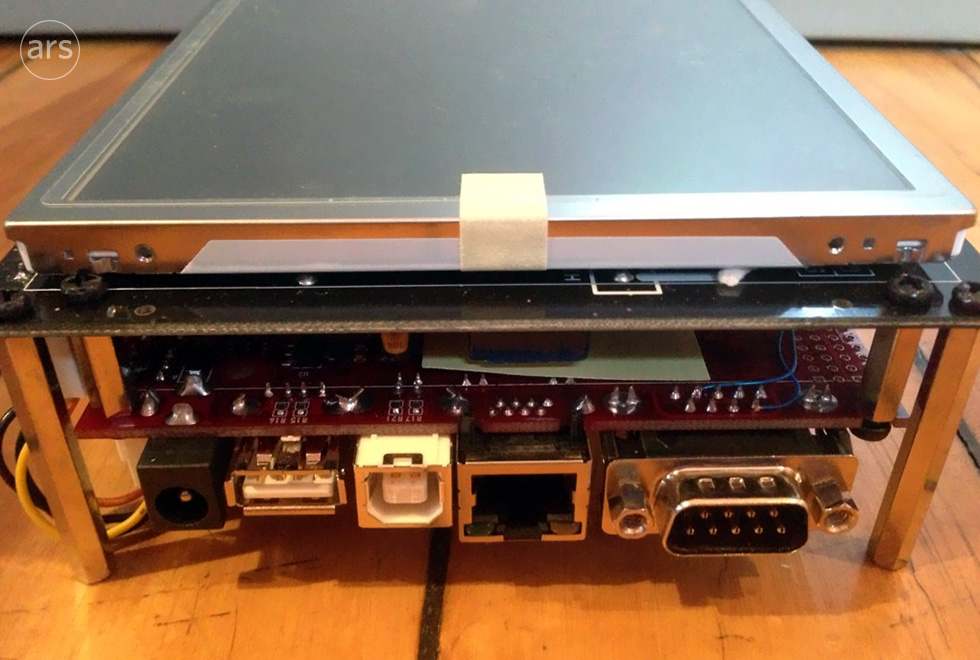 Notice a bunch of ports usually associated with computers, including USB jacks, an Ethernet port and even a serial port. These are allowed engineers to make working on the device easier. 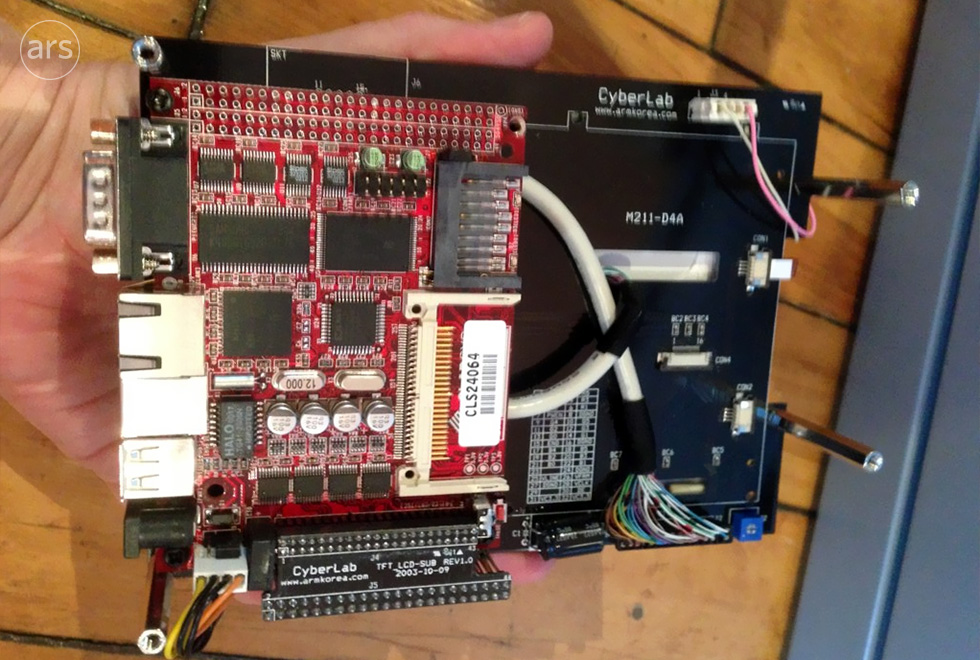 Here we see the motherboard with a bunch of chips, including the ARM chip (below) that Ars says looks like a variant of the Samsung S3C2410, “a distant relative of the chip the first iPhone ended up using, just older and slower.” 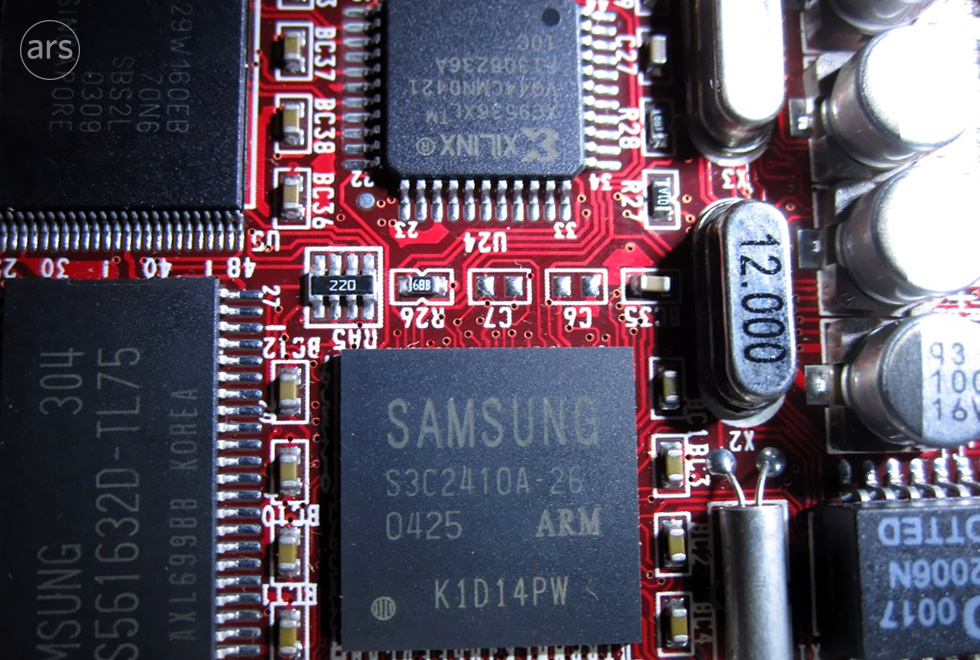 The Samsung package, basically an ARM9 chip, was clocked at 200-233MHz versus the original iPhone’s ARM11-based 620MHz chip underclocked to 412Mhz.

What this tells us is that Apple was planning to use a Samsung-made, ARM-based processor from the onset. The publication’s source acknowledged that “at that early date no one knew what [the final device] would be.”

To me, it’s like seeing a magician pulling strings: it does take away some of the magic.

On the other hand, this prototype proves Apple envisioned the iPhone as a computer in your pocket and the source shares that at the time “it was really impressive seeing basically a version of OS X running on it.”

To me, that Apple was able back in 2005 to optimize this motherboard design, shrink down the components drastically and include a display into a compact 3.5-inch form factor is nothing short of amazing.

Note this could also be an early iPad prototype because Steve Jobs publicly said work first began on a tablet until Apple realized it could make a cell phone based on multitouch technology.

Then, Jobs explained, when they released the iPhone “and got our wind back”, Apple took the tablet project off the shelf and that became the iPad.