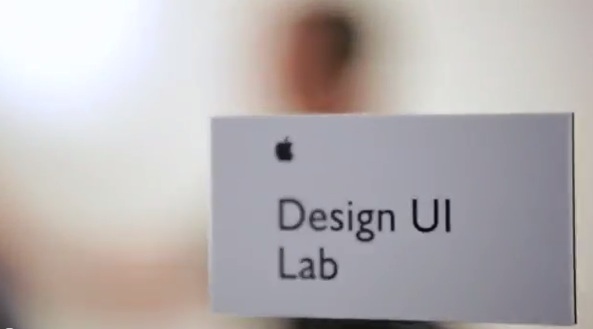 Apple may be unlike other companies in many regards, but when it comes to thinking stuff up, its designers gather around good ol’ kitchen table to come up with bright new ideas. I’m not making this up, this little nugget was just revealed in a testimony by a member of Apple’s design team during the afternoon hearing in the Apple vs. Samsung mega-lawsuit….

We’ll sit there with our sketch books and trade ideas. That’s where the really hard, brutal honest criticism comes in.

Stringer is one Apple’s prized A-players. He reports directly to the company’s design guru Jonathan Ive and has been involved in every gadget Apple has released since he joined the company in 1995.

Often times the results of the kitchen team’s work are conceptual CAD designs which may or may not become physical mockups.

Our role is to imagine products that don’t exist and guide them to life,” Stringer said. There could be 50 designs for a single button, he added. “We’re a pretty maniacal group of people,” he said.

Stringer was also asked to explain why one of the early iPhone prototypes have the iPod moniker on their back, to which he replied:

Either we had not yet coined the term iPhone, or we were trying to disguise its iPhone identity.

He also said that Apple abandoned the brushed metal look of one of the prototypes in favor of the design concepts present in the earlier model because “we found something more beautiful”.

I can easily imagine young designers gathered around a kitchen table at 1 Infinite Loop in Cupertino, California, discussing the intricacies of the design of the volume knob of the Music app in iOS 6 which mimics a light reflection effect depending on the position of your device in 3D space.

If only every tech company obsessed so much over the little things, perhaps folks would fall in love with their Zunes, Dells and Androids with the same passion for Apple gear?