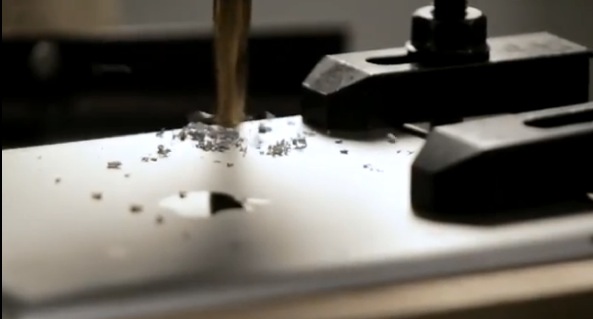 9to5Mac’s Mark Gurman did a nice job discovering Apple HR’s employee recruiting video on YouTube. It’s definitely worth spending four minutes and 36 seconds of your time for it tells a story of what it’s like working for the world’s most-valuable company and arguably the most powerful corporation on the planet.

We know from the previous reports that landing a gig at Apple entails putting in long hours and dedicating yourself to the job completely. This video paints a different picture in that it highlights some of the perks that go with the job.

Gurman opines in his piece over at 9to5Mac that this Apple-produced clip represents “the most in-depth tour of Apple’s Cupertino headquarters that we have ever seen on a public forum, especially Apple’s own website”…

It’s hard to argue against that, especially taking into account the famously secretive nature of the Cupertino, California-headquartered designer of shiny gadgets.

The clip takes us on a tour through Apple’s engineering labs and highlights how the iPad 2’s Smart Cover came to be. Apple’s corporate footage also raises eyebrows with an interesting explanation on how the company devised new battery chemistry.

The video is narrated by Joel Podolny, Apple’s VP of Human Resources and Dean of Apple University that Jobs set up to teach upcoming executives about the intricacies of the Apple way in order to preserve the company’s DNA.

By the way, you may want to watch the clip right now as it may not be up for too long and it was nowhere to be found on Apple’s official YouTube channel at post time.