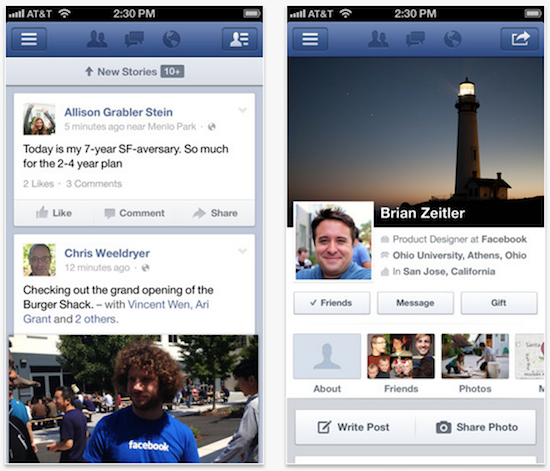 Facebook just posted a nice little update for its official iOS app, bringing it to version 5.5. This is the app’s third update in as many months, as the social network continues to improve its mobile experience.

The change log for today’s release includes a new button design, which makes it easier to comment on, like and share stories from your News Feed, and support for Facebook’s free in-app calling feature…

The free calling feature launched in Canada earlier this year, and some parts of the US, via the Messenger app. Now, it appears in the official app. It’s your typical VoIP service, and uses your existing data plan.

Frequent Facebookers will appreciate the new sharing buttons, which standout far more than their predecessors, and are easier to tap. If you have the app, make sure to grab the update. And if you don’t, you can find it here.