Nevermind that iSpaceship, Apple’s breathtaking curved-glass, circular-shaped research campus, won’t open until mid-2016 – in Silicon Valley, the race is on on who gets to build the most spectacular corporate structure first. Graphics powerhouse Nvidia has thrown down the gauntlet by announcing Wednesday a state of the art new HQ.

Covering one million square feet, the massive site will be comprised of two triangle-shaped buildings with a distinct feature: a nearly translucent glass roof. Part of its campus expansion in Santa Clara, Nvidia describes the upcoming headquarters in Apple’s parlance, as “iconic”…

The new campus will be right across the street of Nvidia’s existing headquarters in Santa Clara. Nvidia co-founder, president and CEO Jen-Hsun Huang wrote in a blog post that the project is meant to be “the symbol, the physical manifestation, of our vision for the company”.

The site certainly is distinctive, I’ll give him that. 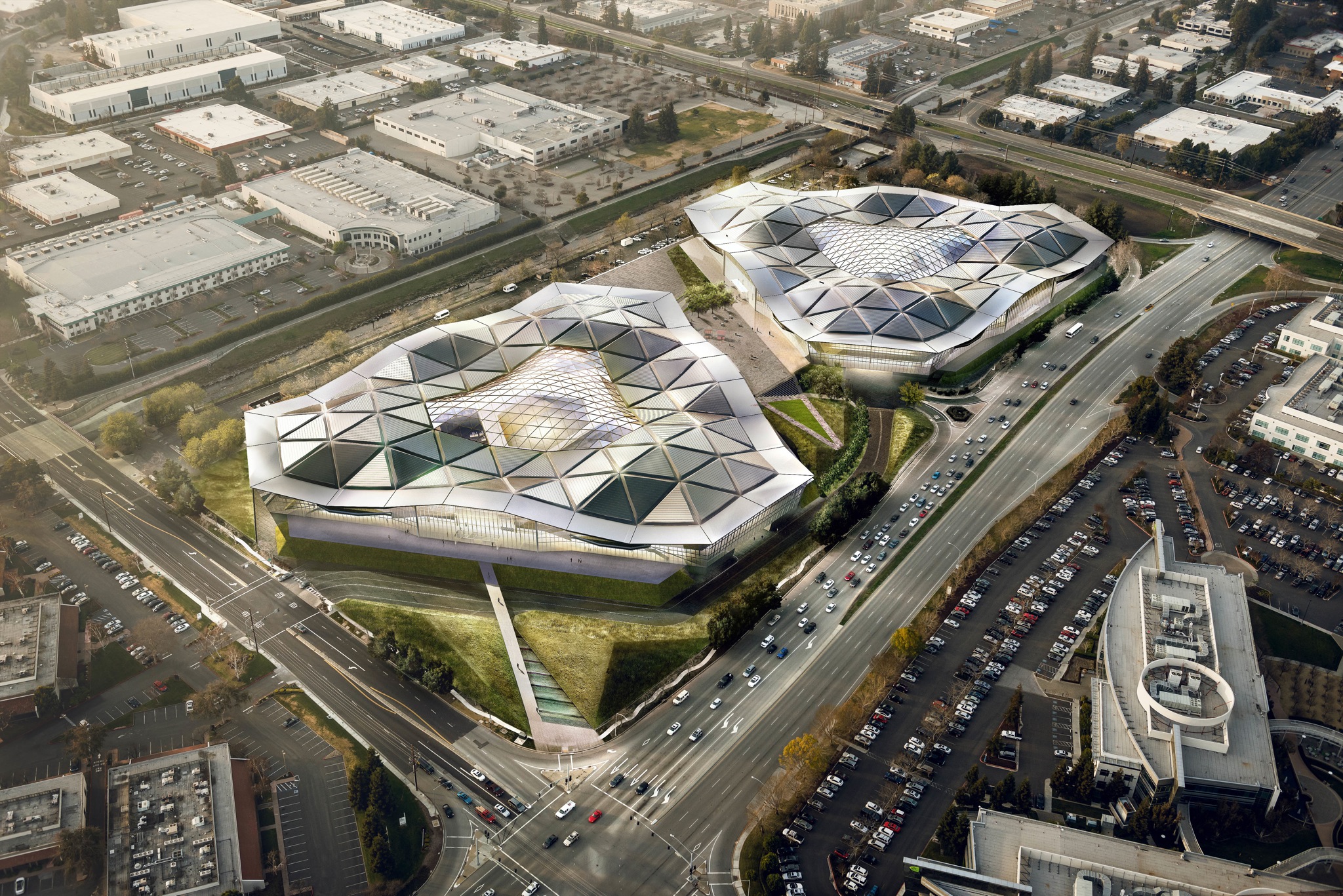 Apple says this will be their new home and an “important part of the lives of more than 12,000 Apple employees.”

The glass ceiling of Nvidia’s building is clever in that it lets natural light in, allowing for vast open layouts that should foster collaboration. The graphics giant has obviously shaped the structures as triangles that connect back to Nvidia’s graphic roots (hint: a triangle is the fundamental building block of 3D computer graphics).

Nvidia’s boss would’t pledge to any specific completion date for the project. He also did not say how much the new headquarters will cost, but I’m sure the capital expenditure will be measured in hundreds of millions of dollars.

To me, Apple’s and Nvidia’s new homes will be quite spectacular landmarks. There’s no doubt both structures are amazing in their own right.

The blog post also says that the new building will stand “at the intersection of science and art, just as our work in visual computing does.”

Guess who else positioned his company as standing “at the intersection of technology and liberal arts.” 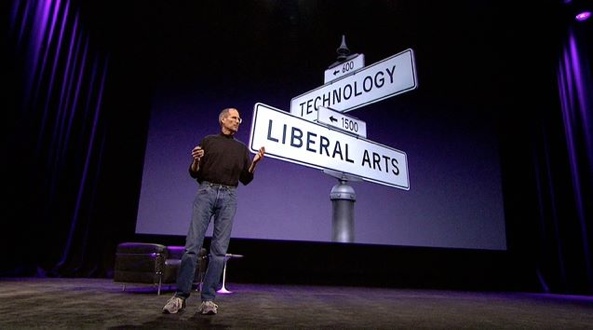 Nvidia has also amped up its advertising.

Here’s their new commercial for the GeForce GTX Titan, its $999 graphics card for hard-core gamers that incorporates supercomputer technology.

According to Nebojsa Novakovic of Bright Side of News*, the thing is a screamer expected to “equal or beat” AMD’s HD7990 GHz edition and help Nvidia take back the all-round GPU performance title.

And it’s beautifully designed even though it’ll be hidden from sight most of the time. 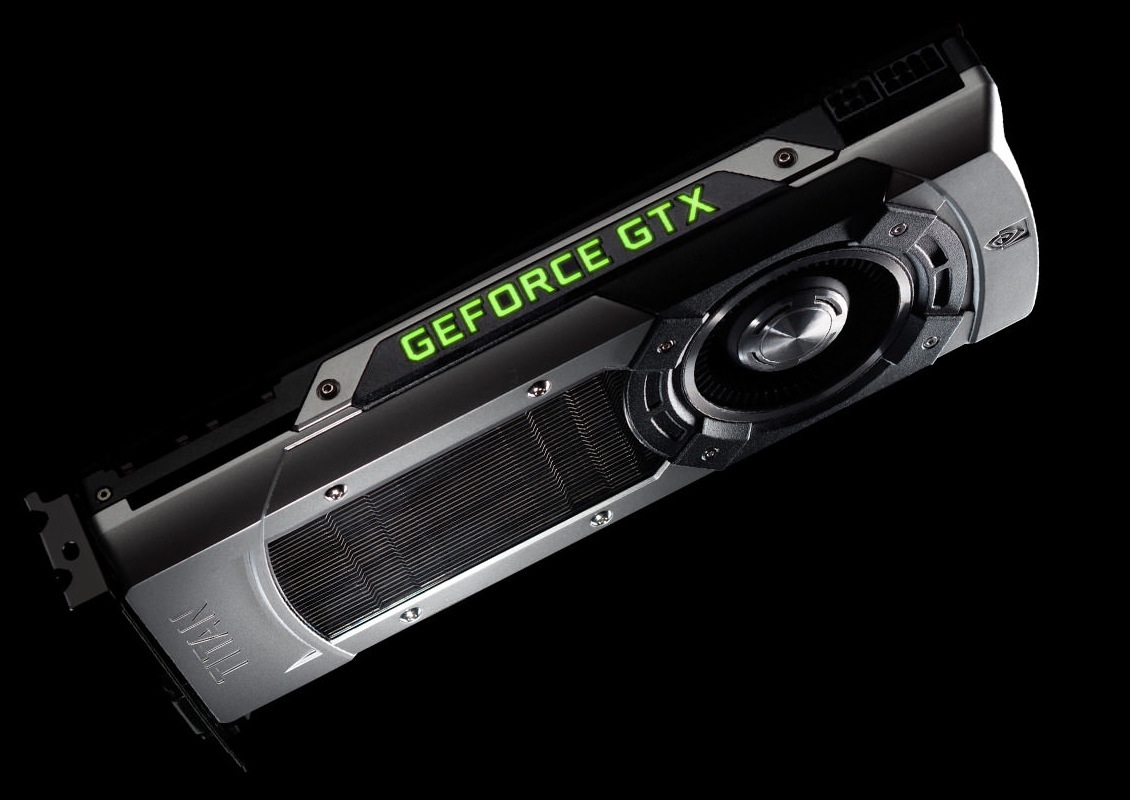 Some of the mind-boggling specs include:

And this below are three Titan cards in SLI mode.

Incorporated twenty years ago as a three-person startup, Nvidia today has 8,000 employees who work across its 40+ sites in major cities around the world: Taipei, Helsinki, Shanghai, Paris, Beijing, Boston, Hong Kong, Bangalore, Tokyo, Moscow, Cambridge, and Sophia, among others.

The company is a graphics powerhouse.

Its Tegra platform is driving the majority of non-Apple smartphones and tablets. Other Nvidia chips are also commonly found in gaming PCs, CGI rigs, CT scanners, weather simulations for TV stations and the latest generation of cars.

The company’s technology even helped navigate a rover on Mars.

Back to these massive structures.

Which do you think will be a better place to work, Apple’s spaceship-like Campus 2 or Nvidia’s futuristic new headquarters?

Renderings by Gensler and Kilograph. Courtesy of Nvidia.