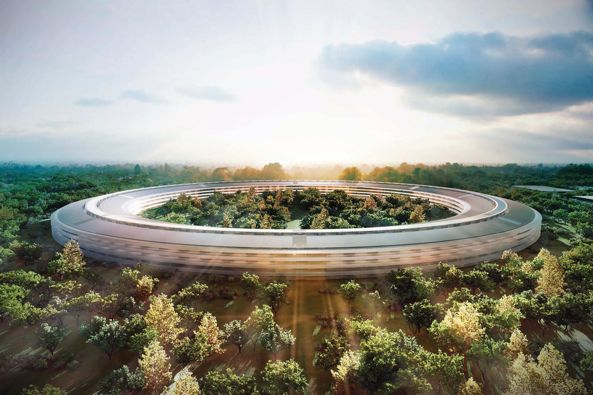 If you’re an Apple fan, or at least follow the company, you know that it doesn’t have a reputation for hitting deadlines. The iTunes Match launch was delayed, as is iTunes 11. And it doesn’t look like the new iMacs are going to make it on time.

So it shouldn’t surprise anyone that the ribbon cutting ceremony for Apple’s new spaceship-like research campus has also been pushed back. According to a new report, the company’s new workplace won’t be set for open until mid-2016…

“Apple Inc.said the construction of a new spaceship-like headquarters with a circular design in Cupertino, California, won’t be completed until mid-2016, later than originally projected, as the company revises its plans.

The iPhone maker included the new timetable in an updated proposal it submitted to the city on Nov. 14. While Apple, the world’s largest company by market value, had wanted to break ground on the 176-acre campus this year, the city may not complete its environmental impact report until June, and Apple may not be able to start work until 2014.”

Apple had originally hoped to move into the new campus by 2015.

Steve Jobs himself proposed the idea of the new campus, which will feature an impressive 4-story, eco-friendly, 2.8 million square foot building constructed entirely out of curved glass, to Cupertino’s city council back in June of 2011.

“It’s a pretty amazing building. It’s a little like a spaceship landed. It’s got this gorgeous courtyard in the middle… It’s a circle. It’s curved all the way around. If you build things, this is not the cheapest way to build something. There is not a straight piece of glass in this building. It’s all curved.”

When it’s finished, the iSpaceship will be one of the largest buildings in the world. It’ll house more than 14,000 employees and have an underground parking lot with more than 10,000 spaces. There will also be over 7,000 trees on-site.

Other than dates, there are no major changes in the new proposal, and it includes all of the original artist renderings. But if you’re interested, the city plans to post the new plan online after Thanksgiving, once it’s done bulking up its servers.