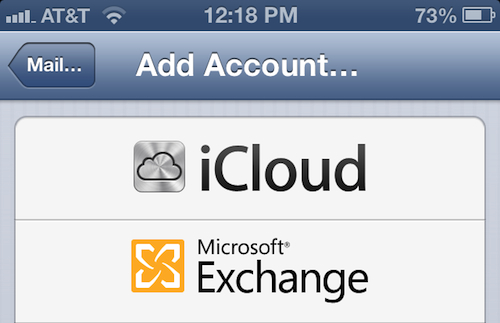 Last week, we reported that a number of users were complaining of poor device performance and battery life after updating to iOS 6.1. Apple fixed part of the problem, releasing an update for 4S users who were experiencing 3G connectivity issues.

But for many, a nasty Exchange bug still remains, causing iOS 6.1 devices to continuously loop when syncing a recurring calendar meeting invitation, thus crippling battery life and performance. The good news, though, is that a fix is on the way…

ZDNet points to an Apple Support Page that has been recently updated with information about the bug:

“Apple has identified a fix and will make it available in an upcoming software update. In the meantime, you can avoid this bug by not responding to an exception to a recurring event on your iOS device.”

Though there’s no timeframe given, the fact that a fix has been identified is a good sign. In the meantime, Apple says that you can get around the problem by turning the Calendar for your Exchange account off, waiting 10 seconds, and then turning it back on.

Similarly, Microsoft has also recently offered up a few ‘bandaid’ workarounds for the syncing error. It recommends that users try restarting their devices, deleting and re-adding their Exchange accounts, and if all else fails, just avoiding Calendar all together.

So at least you have a few options to try. But the point is, you shouldn’t have to. As we’ve said before, for a company whose mobile platform is quickly becoming the go-to choice for enterprisers, Exchange bugs are simply not acceptable. Apple needs to fix this asap.