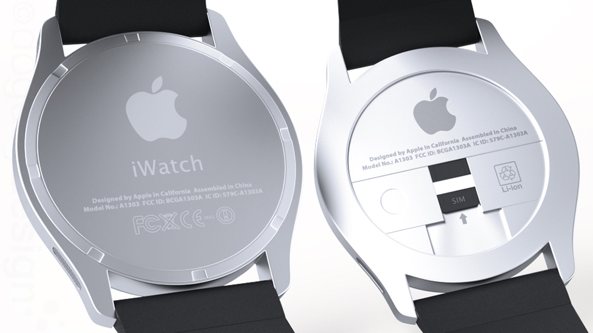 With Apple’s iPhone line approaching 7 years old, and the iPad nearly 3 years old, industry watchers are calling for the company to come up with ‘the next big thing.’ And there’s two mythical products that seem to keep coming up in the conversation: the iTV and the iWatch.

While we’ve heard dozens of rumors concerning Apple building its own TV set, speculation regarding the iWatch has been much more subdued. Perhaps that’s why this post from Bruce Tognazzini, a former Apple employee, is getting so much attention this week…

Of course, Tognazzini wasn’t just your average Apple staffer. He’s known within Cupertino as employee #66 (Steve Jobs is #0 and Steve Wozniak is #1), and he also founded the company’s human interface group. So needless to say, he has the credentials to be speculating.

And boy does he ever. The post, which was published to his personal blog ‘Ask Tog’ earlier this week, offers a number of compelling reasons for why Apple should, and likely will, produce an integrated smartwatch. Here’s one of his more interesting ideas regarding passcodes:

“The watch can and should, for most of us, eliminate passcodes altogether on iPhones, and Macs and, if Apple’s smart, PCs: As long as my watch is in range, let me in! That, to me, would be the single-most compelling feature a smartwatch could offer: If the watch did nothing but release me from having to enter my passcode/password 10 to 20 times a day, I would buy it.”

Likewise, he proposes that the watch should be used in conjunction with Find My iPhone, sounding an alert whenever the wearer moves out of range of their iPhone or iPad. There’s several devices out there that already do this, and it definitely seems like a must-have feature here.

Next comes talk of NFC. While near field communication tech has long been rumored to make its way into the iPhone, Tognazzini argues that it would be far more useful in a watch. This would allow users to make NFC transactions without ever having to pull out their iPhone.

“The NFC chip belongs in the iWatch, not in the iPhone! That way we’ll know exactly where it is at all times, strapped to the end of an appendage expressly designed to be waved around at things.  How handy! Reach. Touch. Done.

Meanwhile, our iPhone, handling any necessary communication, will stay hidden safely away, and, if someone does manage to get ahold of our watch, it will require reauthorization, having been removed from our arm.  Net value to the thief: Zilch. Net loss to us: A whole lot less than an iPhone, with word on the street quickly making it clear there’s no point in stealing an iWatch.

Of course, not every merchant will accept NFC right away, so the watch, linked to Passport, will also display QR codes, etc.”

These are just a few of the possibilities of what an iWatch could do, and that’s not even including what it could do with the addition of third party apps. Think run trackers, golf swing enhancers—anything that could take advantage of GPS and other sensors worn on the wrist.

The entire post is worth a read, and you can do so by clicking here. I have to admit that if Apple came out with a smartwatch like this, I’d buy one in a heartbeat.