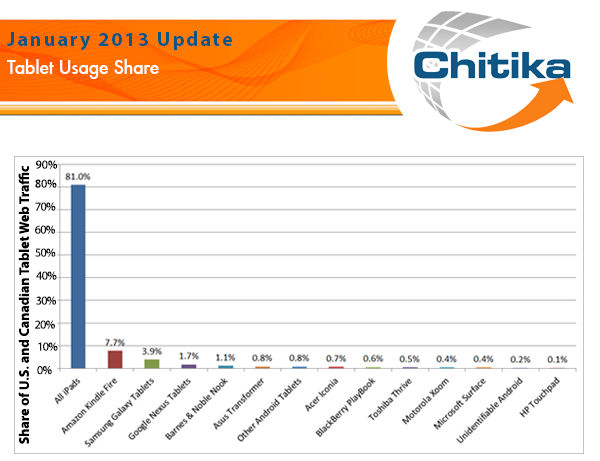 Apple’s iPad appears to have recovered from its post-Christmas slump. The tablet now enjoys an 81 percent share after falling from a high of 89 percent to 79 percent between December 25-27, 2012. Online advertising network Chitika Tuesday released the chart for the U.S. and Canada which proves the iPad recovered some of the ground lost to cheaper tablets.

The new data release accompanied a defense of ad firm’s forecast for the two days following Christmas. During the period between December 2012 and January 2013, iPad usage dipped while Kindle use about doubled. 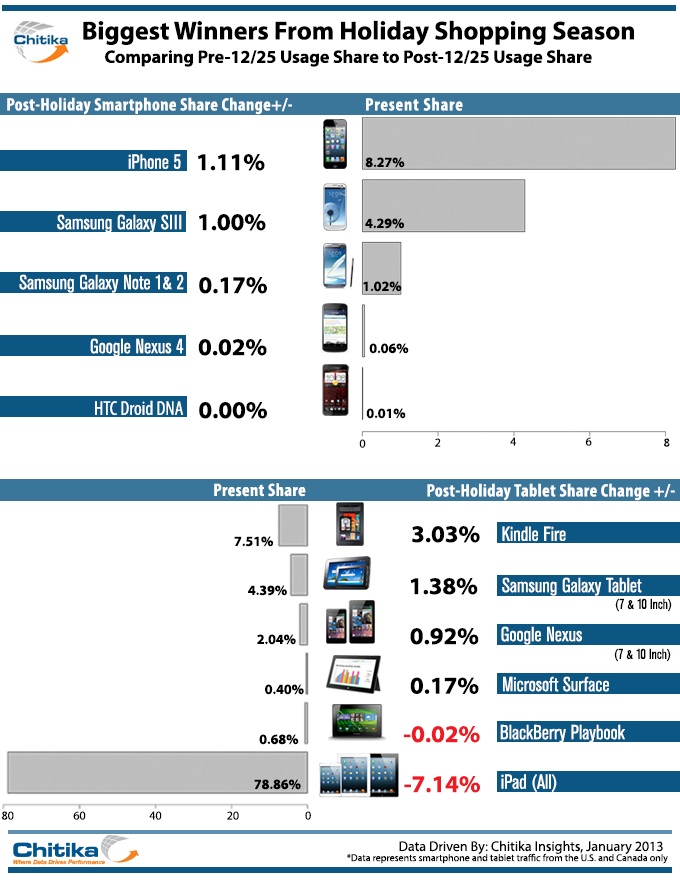 The 2012 holiday findings Chitika is now kinda distancing itself from.

The updated chart “puts Chitika’s dip into better perspective and suggests that the iPad’s market share has, to some extent, bounced back from its post-Christmas lows,” writes Fortune’s Philip Elmer-DeWitt.

Despite signs of recovery, Apple must combat slowing market share growth of the iPad as Amazon increases its standing. During the same period the iPad slid from 89 percent to 80 percent of the market, ad impressions on the Kindle Fire rose.

As we reported in November 2012, ahead of the iPad’s December slowdown, research firm IDC noted that some potential iPad buyers sat out the period waiting for the iPad mini’s release. As a result, Android tablets gained some of that idle purchasing power.

While IDC focused on Samsung as the main beneficiary of the iPad cool-down, Chitika both ranks the Kindle Fire as ahead of Samsung, but also pins a market share on the Amazon tablet. The online retail giant has always hesitated about attaching any measurable sales or market numbers to its device. 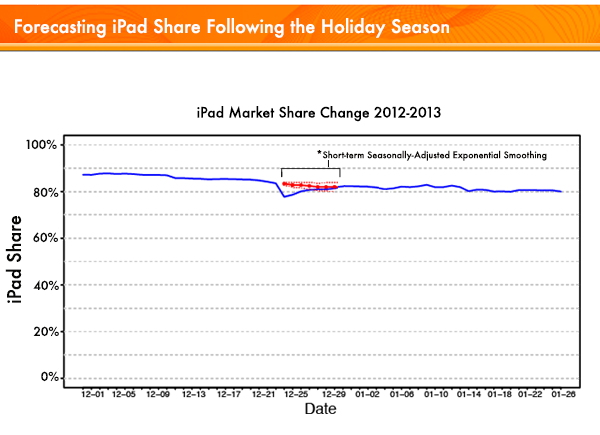 The questions ahead of us include whether the iPad can continue its market recovery, how Samsung will respond to its poor holiday market showing and whether Amazon’s second-place ranking will put pressure on the Kindle Fire to break out of its at-cost straight-jacket.