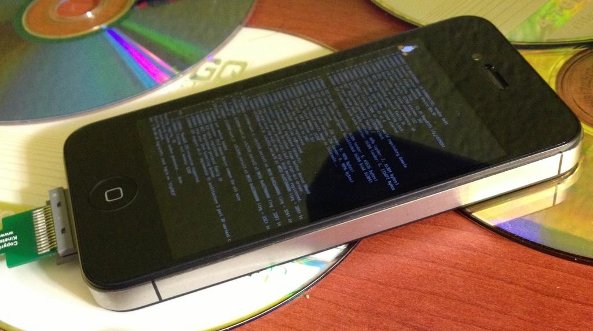 Winocm tweeted today that he was working on a method for downgrading from iOS 6 to 5.1.1 that will work on all devices. This is noteworthy as downgrades on most A5+ devices were either difficult, in the case of the iPad 2, or not possible in Redsn0w once Apple stopped signing the iOS 5 firmware.

Winocm is known for his work in PS3 firmware hacking and contributes tweaks such as CameraConnector to Cydia under the name ‘rms’. Winocm seems to be working on a lot of projects: A day before the downgrade tweet, Winocm posted a video of linux booting up on an iPhone 4 to YouTube (pictured above)…

While downgrading to iOS 5.1.1 may have little interest to our readers who are waiting for the upcoming evasi0n jailbreak, an iOS 6 firmware downgrade that works with A5+ processors is big news. Even if you aren’t a developer who thinks iOS 6 is a dud, depending on the scope of Winocm’s hack, it may prevent users from getting stuck on a non-jailbroken firmware in the future.

As expected, the iOS 6.X to 5.1.1 downgrade will carry the usual SHSH blob requirement. While SHSH blobs can almost always be saved in TinyUmbrella and are automatically saved whenever you boot up Cydia on a jailbroken device, you won’t be able to revert to iOS 5.1.1 if you’ve only saved blobs from firmware installed at the factory or through OTA updates.

Going to have to try this on my iPhone 4 CDMA, but it should work on anything. 😛

Did you jump the gun and upgrade to iOS 6.X early? Share your thoughts in the comments below.