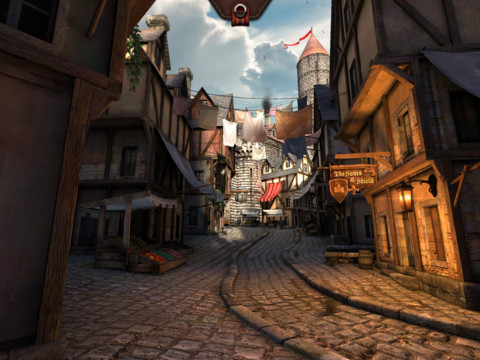 Remember the strikingly remarkable Epic Citadel demo? It knocked our panties off with jaw-dropping graphics! Not sure about you, but I’d never thought such detailed visuals would have been possible on mobile devices that early in the game. You can thank Epic’s Unreal Engine 3 for that, actually. Arguably the best game engine, it powers some of the best iOS games, including Epic’s own Infinity Blade series.

Today, the team has updated the free Epic Citadel iOS demo with nice Retina graphics on fifth-gen iPhone and iPod touch devices and iPad 4. There’s also a brand new benchmarking mode and, for the first time, the demo is now available on Android smartphones and tablets, indicating future cross-platform releases.

Go past the fold for more tidbits, including a nice trailer for an upcoming iOS/Android game built on Epic’s engine…

Epic notes in a media release that the benchmarking mode can be used to gather performance data like frames per second stats, quality settings and resolution details.

On Android, Epic Citadel is optimized for Nvidia Tegra-based devices and has full native support for Intel’s x86 architecture, including the Atom Z2460 platform.

Most notably, the engine is specifically optimized for Imagination Technologies’ PowerVR GPU platform integrated every Apple-made chip that powers iOS devices, as well as multiple chipsets found in non-Apple smartphones and tablets. 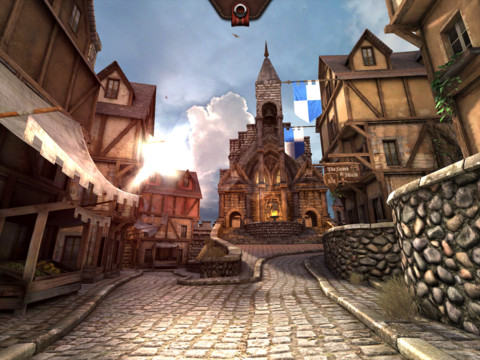 And because it’s the first time Epic released anything on Android, we expect the Epic Citadel technology demo to pave the way for cross-platform releases of upcoming mobile games that incorporate Unreal Engine 3.

Published by Zynga, Horn will be coming this August to iOS and Android.

Epic Citadel is a 96MB download and it’s well worth your time provided you own one of the supported iDevices.