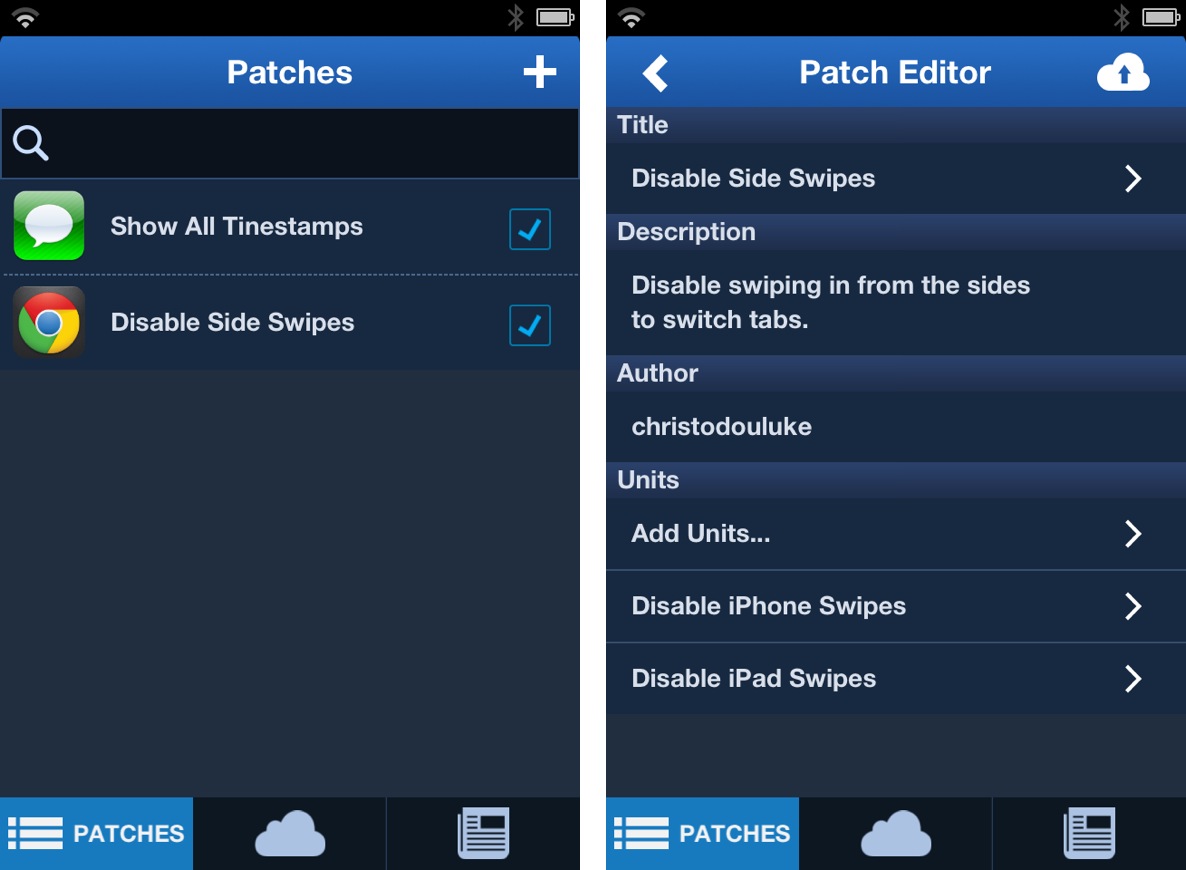 Two weeks ago, we showed you an upcoming jailbreak app entitled Flex. The app, the first of its kind, allows every day users to dig into the code, and create custom jailbreak tweaks — called patches — on the fly, with little to no programing knowledge.

Usually when you encounter ambitious apps like this, something is missing. Either the app looks amazing, but fails in execution, or the app looks a hot mess, but is solid from an executional perspective. With Flex, I was happy to find little compromise in either direction. It’s a beautifully designed jailbreak app that’s extremely functional as well.

To be frank, not everyone agrees that end-users should be able to wield such power, especially those with no programing background. Ultimately, that’s going to be a decision you’re going to have to make when considering whether or not to use Flex.

Wherever you stand, you have to be impressed that such an idea has been executed with this level of precision. Take a look at our full video walkthrough of the Flex beta in action, and see for yourself.

At its root, Flex allows you to change the values of existing code already found within the apps on your device. It won’t allow you to alter stuff that doesn’t already exist. Here is an excerpt from developer John Coates concerning this:

With Flex you can change the way apps behave. You’re limited to what’s already in the app, so don’t think you can add anything that doesn’t exist within it already. You basically change the rules, so if you want to hide something, remove a restriction, give yourself more points than you have, etc. then Flex gives you the freedom to do that. You won’t be able to make a patch that adds a new icon to Springboard, but if you want to remove the Newsstand icon then that’s definitely within the capacity.

What you can do with Flex, however, is change existing values. In the beta version that I’m testing, Coates includes a tutorial that shows how to create a quick timestamp tweak for the Messages app. Following the directions was extremely simple. In a few seconds I had a working tweak that enabled timestamps for every message contained within the app.

The really neat thing about Flex is how you can enable or disable a tweak right there on the fly, without the need for a respring. Watch my video walkthrough above to see exactly what I mean.

One of the other awesome features bundled within Flex is the Cloud option. From here, you can upload or download custom created patches, which makes Flex a potential source of original jailbreak tweaks once enough users jump on board.

True, there are limits to the things you can do within Flex. Essentially, all you are doing is altering values that already exist within the various apps you have installed on your phone. With that in mind, I think Flex is an interesting introduction to what really makes iOS tick. Of course, understandably, not everyone will agree with these sentiments, but I think everyone will agree that Flex is an awesome concept with well executed design.

Flex will be available on Cydia next week for $3.99. For more information on Flex, be sure to check out our interview with developer John Coates.