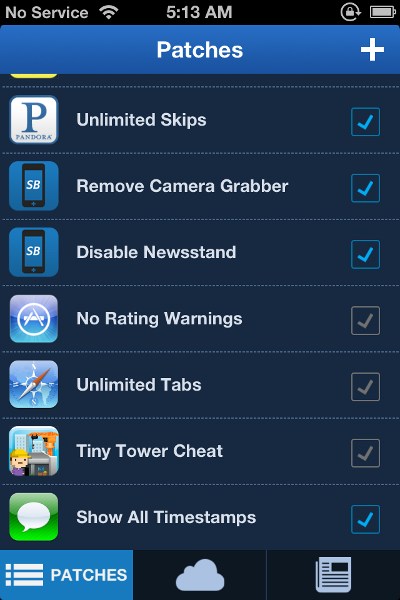 John Coates, the developer behind the MissionBoard Pro jailbreak tweak, has posted a thread on Reddit about an upcoming jailbreak app called Flex. Flex is an exciting new app that allows users to make and share their own runtime patches, not just to iOS itself but to any app you have installed.

What can you do with Flex? From the looks of it, you can modify just about any app’s behavior. In the preview screenshots, there are patches for unlimited skips in Pandora, removing the lock screen’s camera grabber, nixing the ratings warning when downloading from the the App Store, and even cheating in games like Tiny Tower. Think of it as a Game Genie for iOS…

Not impressed yet? Check out the YouTube demonstration where the developer cobbles together a working Flex patch in under 30 seconds. The patch is identical in functionality to the MarkThatMessage tweak in Cydia, but it was ‘written’ on the fly.

You’re probably thinking Flex is just for coders. Coates doesn’t. According to the developer, the app does all the heavy lifting; making new Flex patches requires absolutely no coding knowledge whatsoever:

You basically search for a keyword that’s related to what you want to change.

Say you want to increase the amount of tabs Safari can have. So you make a new patch, and search for “maximum”. You’ll find two results, one which says “maxiumumTabDocumentCount” You click it, change the return value to 30 and suddenly you can have 30 Safari tabs. 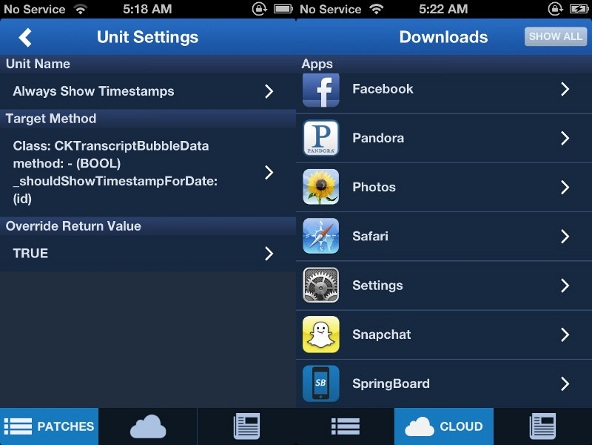 Imagine having control over almost any variable behavior on your iPhone, yourself, from within an app running on that phone. If Flex does what it promises, this will change the way we all think about MobileSubstrate tweaks. On the downside, it could also make it easier to sneak around terms of service for content providers, cheat app store developers, and mess up quite a few competitive games.

Flex went into a closed beta today, to the first few posters on the announcement thread. There’s no ETA on when the final version will be ready for release, except “soon”.

To our readers: what would you do if you could make any tweak you wanted?