PDF Printer for Safari was a jailbreak tweak originally designed to allow users to ‘print’ from safari to PDF documents in order to neatly archive websites, but it seems the tweak has grown beyond its name.

The latest version of PDF Printer for Safari adds PrintKit integration, which is the native printing library on iOS. This library means ‘printed’ documents will save faster, users can now delete pages from the PDF on the fly, and the PDF Printer now works with the stock Maps app in iOS 5… 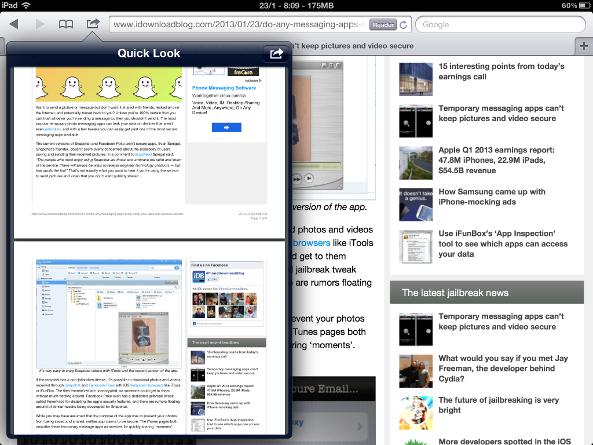 Actually, according to the tweak‘s Cydia page, the PrintKit integration should allow PDF Printer for Safari to work with almost any app that supports printing. The only catch is that the tweak isn’t currently configured to take advantage of other apps, at least at the time of writing. While Safari and Maps has most of my bases covered, I’m hoping this feature for wider support makes its way into the next update.

To activate PDF Printer, all you need to do is select the option to print a page in either Safari or Maps, and instead of selecting a printer from the Printer Options dialog, just press the PDF button in the corner instead. You can then delete pages from the preview window, or save the PDF to another app, such as iFile. In iFile your PDFs should show up in ‘/var/mobile/documents‘.

PDF Printer is a great jailbreak tweak to have if you want to include part of a website in a project or if you need to email detailed directions to a friend. The tweak is completely free, and you can find it on the BigBoss Repository in Cydia. There are no settings to configure, PDF Printer for Safari ‘just works.’ 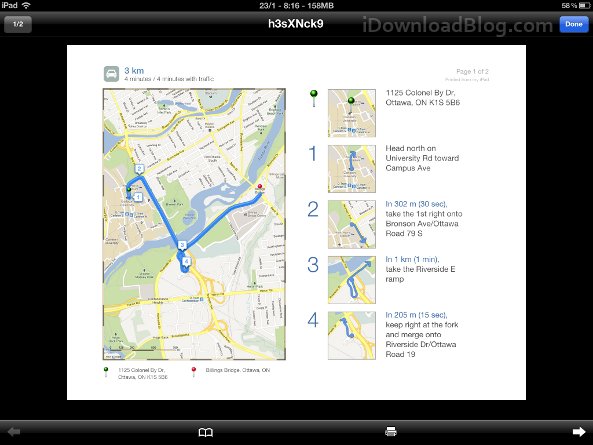 Directions ‘printed’ from Maps in iOS 5.

What apps would you like to use with PDF Printer? Share your thoughts in the comments below.