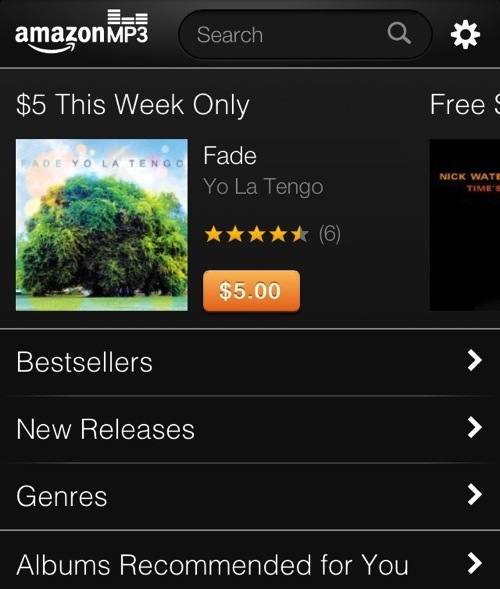 Amazon’s been really stepping up its game in the digital music business over the last 6 months. Last fall it overhauled its Cloud Player service to make it more competitive with iTunes Match, and earlier this month it introduced AutoRip.

It’s work continues today, with a new announcement that it has just optimized its MP3 Store for the iPhone and iPod touch. That’s right, you can now purchase music from Amazon from your Apple device, with tracks starting at just $0.69…

“Amazon.com, Inc. today announced the launch of the Amazon MP3 store optimized specifically for iPhone and iPod touch. For the first time ever, iPhone and iPod touch users can discover and buy digital music from Amazon’s 22-million song catalog using the Safari browser…

…Since the launch of the Amazon Cloud Player app for iPhone and iPod touch, a top request from customers has been the ability to buy music from Amazon right from their devices. For the first time ever, iOS users have a way do that – now they can access Amazon’s huge catalog of music, features like personalized recommendations, deals like albums for $5, songs for $0.69, and they can buy their music once and use it everywhere,” said Steve Boom, Vice President of Amazon Music.”

The retail giant is no slouch in the music department, with a library of over 22 million songs and over two million albums. It also offers free storage of all Amazon Mp3 purchases in its Cloud Player, which allows for seamless playback across devices.

I don’t know if this is going to help Amazon make a dent in iTunes’ dominant marketshare like it hopes it will, but it can’t hurt. If you want to check out Amazon’s new iPhone-friendly MP3 Store, just visit amazon.com/mp3 from your mobile device.