When it comes to industrial design, watchers stubbornly refuse to give Apple’s boss Tim Cook the benefit of the doubt. Cook is not a product person, critics argue.

He’s a numbers guy who obsesses over spreadsheets while paying little attention to product design, haters often cry. And because of this, Apple of course is doomed.

Journalist Nick Bilton shares an interesting little anecdote in his Sunday piece for The New York Times that I think proves the opposite, that Tim Cook is very much aware of the importance of design in product development…

Here’s that quote from yesterday:

Last year, at Apple’s event to announce the iPad Mini, I was wandering around the gadget petting zoo the company sets up after each product unveiling. As I turned a corner, I bumped into Timothy D. Cook, Apple’s chief executive, who immediately wanted to show me something.

“Nick, just look at this,” Mr. Cook said as he held the miniaturized iPad in the air, brushing his hand along its edge as if he were about to perform a magic trick. Then, his index finger stopped, standing to attention as it pointed to two flat black buttons on the side. “Just look at those volume buttons. Have you ever seen anything like it? Aren’t they just outstanding?”

I took the iPad Mini from him, examining the buttons, which were the size of a grain of rice. “They sure are, Tim,” I replied in all seriousness. “Beautiful.”

There is only one other CEO who shared a similar interest in product design: Cook’s predecessor and late Apple co-founder Steve Jobs who was famous for calling journalists at 2am in the morning to argue over the minutiae of the latest Apple gizmo.

This is the most important bit from Bilton’s piece:

What struck me about our brief conversation wasn’t that Mr. Cook was talking about two teensy buttons — this is Apple, after all — but that he never once mentioned the technology in the iPad Mini. Instead, he talked about one thing: design.

I’m glad Bilton shared this little anecdote as haters will now have something to chew on. Listen, nobody’s saying that Cook shares the Jobsian exceptionalism, the exacting design sense and crazy attention to detail.

But he doesn’t have to. 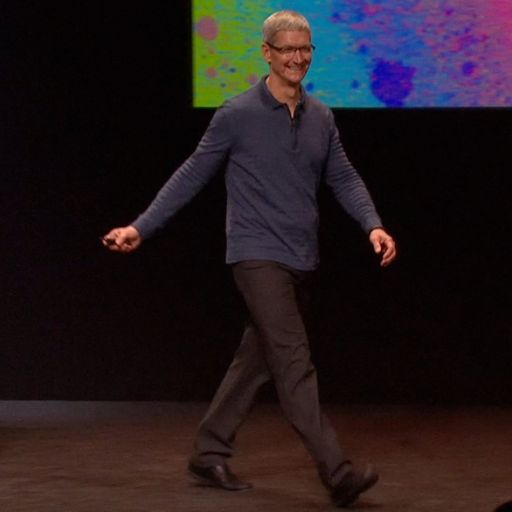 Cook may not be the best public speaker out there and he certainly lacks Jobs’s charisma and mercurial personality, but Cook – a requirement for any Apple CEO – is aware that design is how it works, not how it feels.

Cook also proved his worth when he let iOS boss Scott Forstall go. As part of the shake up, he gave design guru Jonathan Ive broader responsibilities that now encompass all of Apple’s interface design. 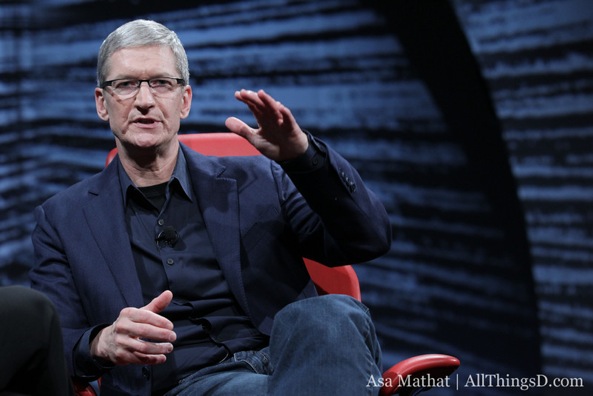 So not only are Ive and his team responsible for how the products are built and feel in your hand, they now have an important say over how they interact with the user.

And that, my friends, is probably Cook’s most important move since taking the CEO job in August 2011.

I also love to remember how meetings at Apple don’t start until a designer walks in, which has been reported many times over.

I very much hope that’s still the case and this little nugget indicating Cook’s design-savviness just reassured me that Apple is in good hands.

Here’s from the well-connected Apple pundit Jim Dalrymple of The Loop:

In all of the meetings I’ve had with Apple executives over the years, design is always one of the first things they talk about. There is an overwhelming sense of pride from everyone at Apple about the products they make.