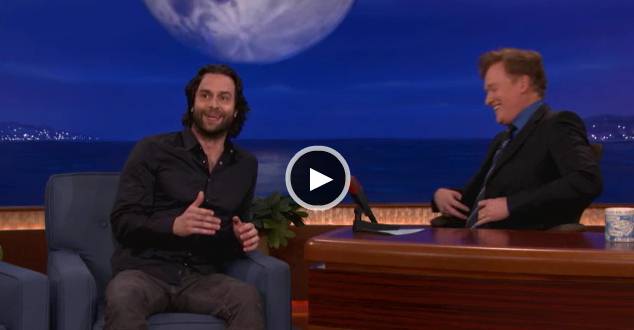 Los Angeles-based stand-up comic, actor and writer Chris D’Elia is funny as hell and he sat down with Conan O’Brien to talk pranks involving reaching someone’s unlocked iPhone and tweeting out something very embarrassing, probably involving your parents. Your video is right past the fold…

With Facebook, Twitter and pretty much all social media credentials residing on your device, it really doesn’t take a genius to figure out your online credibility could be easily ruined should an ill-minded thief steal your device just as you’ve put it in your pocket.

It doesn’t even take such a dramatic scenario as it could be your ex girlfriend or boyfriend determined to get back to you.

It’s a Flash-only video so you won’t be able to watch it on your iOS device.

If it’s not working here on your computer, go watch it on the TeamCoco web site.

What we learned today: set up a four-digit passcode in your iPhone’s Settings if you haven’t already and make the device automatically lock itself in the smallest time window allowed (on the iPhone, it’s one minute; two minutes on iPads).