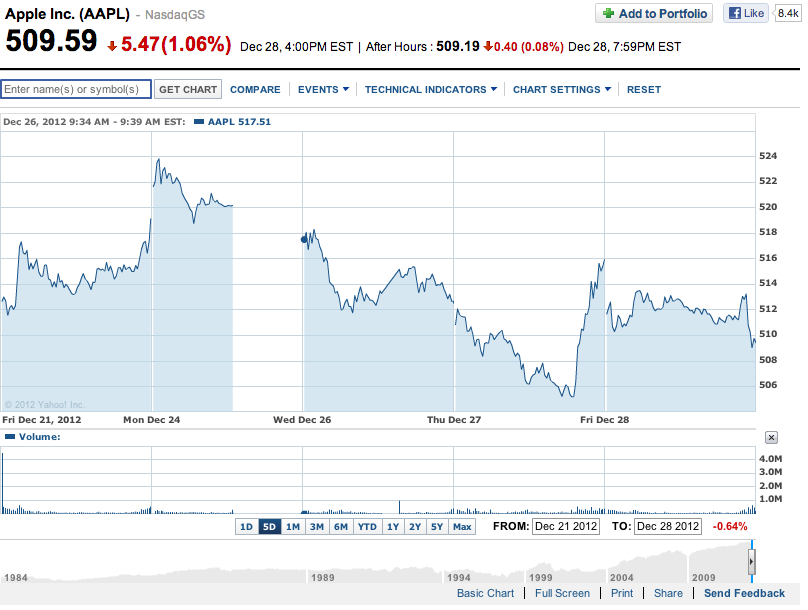 All of the concerns voiced about the impending leap off the ‘fiscal cliff’ and its associated increase in capital gains taxes on stock sales have sent Wall Street into a tizzy. The end result: knocking Apple’s target share price down to $740. Nearly a dozen analysts have cut their target price for Apple stock amid talk that the iPhone maker has a dodgy future, what with supply questions hanging over the executives at One Infinity Loop. Despite all the rain clouds, the $740 per share target price reduction is about $225 more than Friday’s opening on Wall Street…

According to a chart of analyst forecasts by Philip Elmer-DeWitt over at Fortune, there are holdouts from the $740 outlook. Leading the pack is Brian White of Topeka Capital Markets.

White has a price target of $1,111 for Apple shares. He continues to recommend the stock as a “Buy.” Then there are others who believe Apple’s salad days are gone.

Peter Misek of Jefferies sees Apple’s future in chasing emerging markets, such as China and India, where mobile consumers are starting to adopt smartphones like the iPhone en masse.

Earlier this month, Misek made news by predicting Apple will unveil a new iPhone in June or July of 2013, returning to its usual mid-year schedule for product announcements. But along the way, he told investors the price for smartphones has likely peaked and he trimmed his target price for AAPL shares to $800. 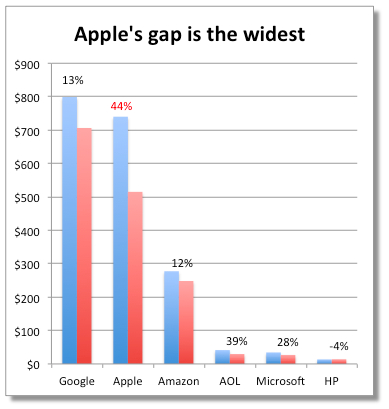 High-profile Apple watchers such as Gene Munster of Piper Jeffray or Sterne Agee’s Shaw Wu also missed the down elevator. Munster has a $900 price target, while Wu isn’t far behind at $840 for Apple.

Although a number of analysts trimmed their price targets for Apple, only two of the 11 Wall Street observers recommended investors sell their AAPL shares. The majority of analysts retained a “Buy” recommendation – or even “Outperform.”

If analysts were teenagers and Apple was heartthrob Justin Bieber, I would suggest the questions surrounding the iPad maker was just a phase.
masse
When Apple announces its next ‘album,’ Wall Street will be one of the first in line.