Seen above is the iSiri, the intriguing iWatch concept we recently shared. Plenty more iWatch concepts are circulating around the web as watchers increasingly believe Apple will some day enter the wearable computing space. Patent filings indicate as much and last December The New York Times reported that Apple was working on a Siri-controlled add-on that interfaces with the iPhone. And now, the German blog Mobile Geeks relays a Chinese site rumor claiming Apple and Intel are collaborating on an Apple-branded Bluetooth smart watch set for releases some time next year…

Both German-language MobileGeeks and Chinese-language news site Tech163.com pass along a report from iphone.tgbus.com, which basically boils down to Apple and Intel collaborating as we speak on a Bluetooth smart watch device with a 1.5-inch OLED display from RITEK subsidiary RiTdisplay.

“The device in question has a 1.5 OLED display with indium tin oxide, or ITO coated glass”, according to the translation provided by MobileGeeks.

The accessory is apparently slated to launch in the first half of 2013.

While the notion of a smart watch that connects to your iPhone, iPad or Mac wirelessly, with Siri voice commands and apps and what not – sounds futuristic enough (hello, Star Trek Communicator!) this rumor is a bit crazy.

Per conventional wisdom, Apple has more pressing matters on its hands than to waste its time, energy and resources on making such a niche gadget. Besides, Intel – of all the companies?

Intel’s mobile chips are behind the curve in terms of power consumption and efficiency. 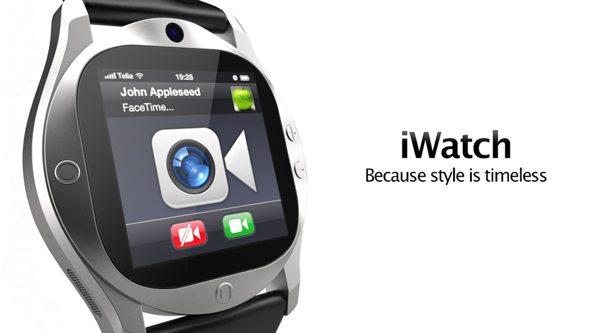 This isn’t saying the idea doesn’t have legs.

The iPhone 4s/5, iPad 3/4, iPad mini and latest Macs all incorporate Bluetooth 4.0 technology which features low-power and low-latency performance, a must for efficient wearable computing.

Even Steve Jobs made an amusing reference to the iWatch meme during the previous-generation iPod nano keynote, putting up this slide. 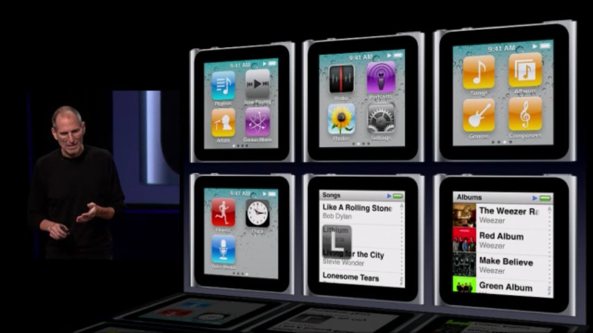 “One of our board of director members is gonna clip it on to an armband as a watch”, Jobs remarked amusingly.

Robin Wauter of The Next Web thinks there’s a market for an iWatch from Apple, pointing out that a whopping 70,000 people contributed $10 million in Kickstarter funding toward the creation of an iPhone-connected watch called the Pebble.

Which brings me to my question: would you buy an Apple-branded iWatch?