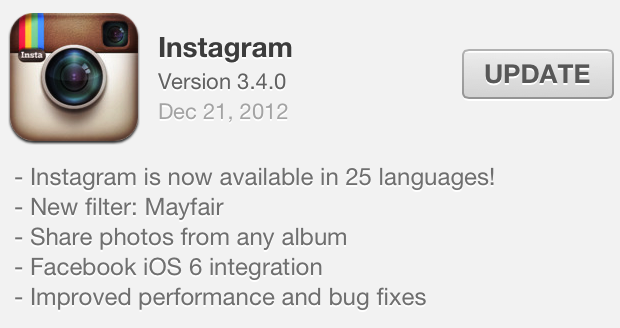 Instagram has been taking a lot of heat this past week and while everything seems to almost be back to normal, what better way to remind everybody that Instagram is the best way to share underexposed waffle pictures than releasing a new filter?

Just about 10 days after launching the new Willow filter, the Instagram app has been updated with one new filter labeled Mayfair, as well as the usual bug fixes…

As noted above, Instagram version 3.4.0 comes with the following enhancements:

It’s unclear so far what languages have been added to Instagram, but I know that many people will surely welcome the return of the ability to choose photos from any album, which had magically disappeared with a recent update. 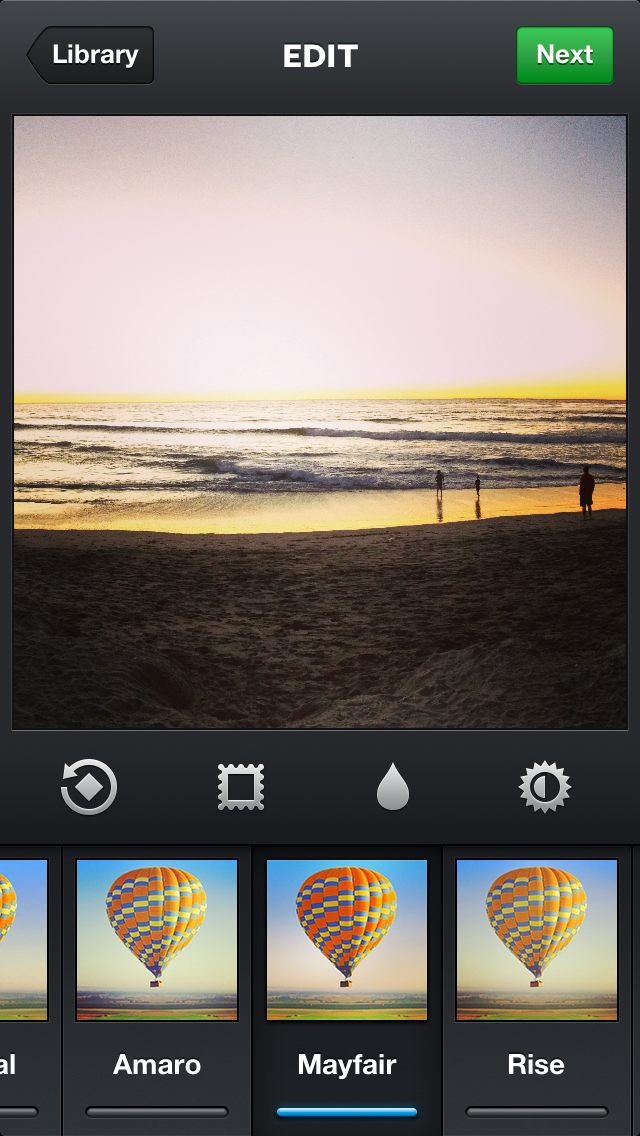 Of course, the most notable new feature is probably the new Mayfair filter. After trying it out with a few pictures, it doesn’t strike me as a neat filter, at least when compared to the new Willow filter which was released a couple weeks ago. Of course, your mileage may vary, and I reserve the right to change my opinion about Mayfair after giving it a fair try.

As you know, Instagram has been source of negative press these past few days. The company announced new Terms of Services which made it sound like the company would start using your pictures in ads without even your consent. Since then, the company has come clean and apologized for the poorly worded update to the TOS, and promised a new rewritten document which would made it clear to anyone that the company will not sell your pictures or use them in advertising.

Enough talking. Go download the Instagram update and don’t forget to tag some of your Apple-related pictures with the #iDownloadBlog hashtag. And while we’re at it, make sure to follow our iPhone photography series, and of course, follow me on Instagram. I’m @SebastienPage.