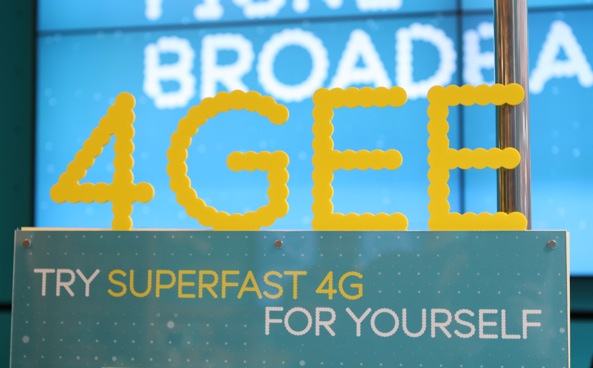 Everything Everywhere (EE), a joint venture between Deutsche Telekom’s T-Mobile and France Télécom’s Orange, launched UK’s first commercial 4G LTE network on October 30 and today the company has announced a network expansion to seventeen new markets in the country, to be finished by March of next year.

With the company’s 2012 4G roll-out, four million more people across the UK will have access to LTE technology. The carrier has previously flipped the switch on LTE last week in Derby, Newcastle and Nottingham. It confirmed plans to enable LTE in Belfast, Hull, Maidenhead and Slough before year’s end.

Councillor Rory Palmer, Deputy City Mayor of Leicester will be switched on in early 2013. All told, EE’s LTE will be in eighteen markets and covering a third of UK’s population by the end of 2012. Rival O2, Vodafone and Three will start rolling out their flavors of LTE some time before summer of next year.

EE noted in a media release it’s also in the process of improving its 3G network infrastructure with support for dual-carrier High Speed Packet Access, commonly referred to as DC-HSPA, a high-speed radio technology supported by the iPhone 5, fourth-generation iPad, iPad mini and other high-end mobile devices.

DC-HSPA allows user to experience top data speeds on 3G cellular networks that have been upgraded with support for the radio technology. EE on its part promises to bring DC-HSPA to about forty percent of its network, available to Orange and T-Mobile customers with a compatible handset.