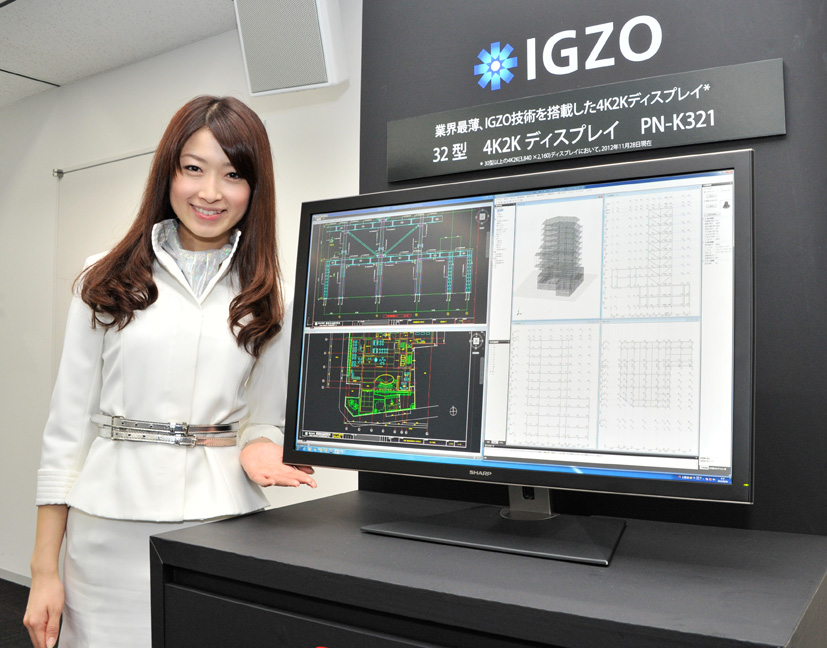 More good news for people keeping their fingers crossed for Sharp’s IGZO panels appearing on iOS devices: Tuesday morning, The Wall Street Journal reported that chip maker Qualcomm has agreed to invest as much as ¥9.9 billion, or approximately $120.4 million, in “what is expected to be the first in a series of capital injections to shore up” Sharp’s battered finances and advance its IGZO tech.

That’s good news as Foxconn’s and Apple’s multi-billion dollar deals with Sharp appear to be going nowhere. Sharp’s stock was downgraded to junk and the ailing Japanese consumer electronics maker is now trying to obtain investments from anyone, be it Apple, Intel, Foxconn or Qualcomm.

The launch of Sharp’s awesome, albeit pricey, 32-inch 4K IGZO pro monitor and the introduction of its own tablet, the Aquos Pad SHT 21, which has a seven-inch IGZO display, both indicate yields are improving and so the likelihood of Apple re-considering IGZO panels in future iOS devices is now growing with each passing day…

According to the Journal article:

It looks like Qualcomm and Sharp will join forces on advancing IGZO tech, helping the Japanese giant make a come back in screen tech, the Journal explains:

Sharp and Qualcomm will work together to develop screens based on the Japanese company’s new IGZO display technology and Qualcomm’s microelectromechanical systems, or MEMS, displays. The former, named for a new material used — indium gallium zinc oxide — hold several advantages over silicon-based screens, Sharp says. These latter offer promise as a lower-power alternative to today’s screens.

Another major upside to IGZO is that – unlike LCDs which need a constant power stream – it uses extra power only briefly, when the user presses the screen.

The Journal gives us this little backgrounder on the LCD vs. IGZO differences:

In an LCD display, you have a certain number of pixels, all of which must be connected with transistors so that they can be controlled. The problem with this transistor layer is that it exists between the pixels themselves and the backlight, meaning that it partially obscures the light that is meant to shine through the pixels.

The result is that much of the light emitted by the backlight is lost, and so the backlight must shine all the brighter (and therefore use up more battery) in order to appear of sufficient brightness to a user. IGZO technology lets a lot more light through the transistor layer, leading to substantial battery savings.

In other words, IGZO could enable thinner iPhone designs that use less power.

Still, Apple’s not very likely to roll out IGZO tech across its iOS lineup, even with Sharp’s claim of IGZO devices surging.

But that doesn’t mean a man can’t dream.