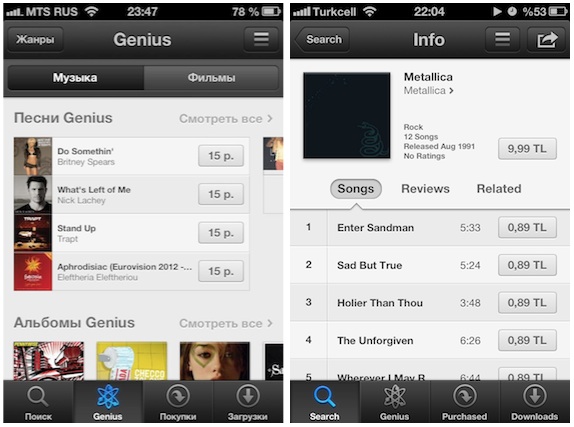 Earlier today, we passed along a report that Apple was going to be holding an iTunes event in Moscow tomorrow to celebrate the launch of its music store in Russia. Rumors have been circulating for some months now that iTunes Music was on its way to the country, and it appears they were dead on. Ahead of tomorrow’s event, users in Russia are seeing the iTunes Music Store populate…

9to5Mac points to a number of screen shots on Twitter of the now-live iTunes Music Store in Russia. It also appears to now be live in Turkey, Saudi Arabia and Lebanon, and there are reports that iTunes Match has started to pop up in some of these countries as well. And some users are even reporting a new ability to rent TV shows, although this hasn’t been nearly as widely confirmed.

With the exception of Lebanon, Apple is set to launch the iPhone 5 in all of the above-mentioned countries on December 14. So it’s not a surprise that we’re seeing iTunes Music Stores simultaneously roll out to these regions today. It’s also reportedly looking to open retail stores in Russia, and is already hiring for new stores in Turkey, so it doesn’t look like this expansion is limited to just iTunes.

Perhaps most interesting about today’s iTunes Music launches are the price points. Both Russia and Turkey are seeing songs with price tags as cheap as $0.50 USD. Of course, with iPhones going for as much as $1,000 USD in the countries, they certainly deserve the discount.