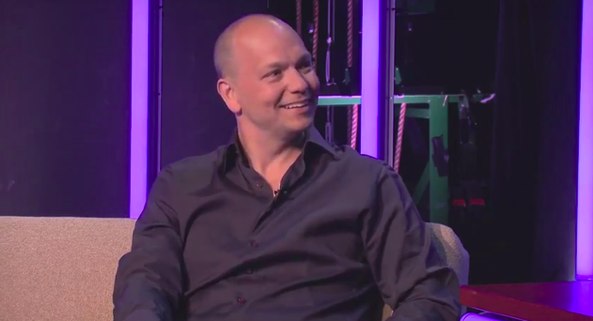 Ever since Apple announced Scott Forstall is going to be leaving the company next year, people have been trying to piece together what happened. How could this guy, who has been a major factor in Apple’s success, be pushed out like that?

We’ve heard a number of reasons for Forstall’s ousting over the past few weeks, ranging from the iOS 6 Maps debacle, to personality conflicts. And today, former Apple executive Tony Fadell offers up a little more insight on the situation…

Fadell, known as the “godfather” of the iPod and creator of the Nest thermostat, recently spoke with the BBC regarding Apple and its management shakeup. His most interesting comments come after he’s questioned about Forstall’s departure:

“Scott got what he deserved,” Mr Fadell told the BBC.

When pressed, he adds: “I think what happened just a few weeks back was deserved and justified and it happened.”

So where does that leave Apple and the shares he still holds in it?

“If you read some of the reports, people were cheering in Cupertino when that event happened,” he answers, referring to Apple headquarters in California.

“So, I think Apple is in a great space, it has great products and there are amazing people at the company, and those people actually have a chance to have a firm footing now and continue the legacy Steve [Jobs] left.”

If you’re wondering why Fadell has such harsh words for Forstall, it probably has something to do with their dark history. A Businessweek article last year suggested that conflicts between the two was a major factor in Fadell leaving Apple in 2008.

And Fadell’s not the only Apple exec that butted heads with the former SVP. It’s been said that Forstall was abrasive, and difficult to work with, and we’ve heard multiple reports that other leaders refused to speak with him without Jobs or Cook around.

So what does all of this mean for Apple? While Scott was obviously talented, it sounds like he was becoming more and more of a disruption. And with him out, and folks like Eddy Cue and Jony Ive in charge, it seems like the company is in good hands.

What do you think about Fadell’s comments? Do you agree?