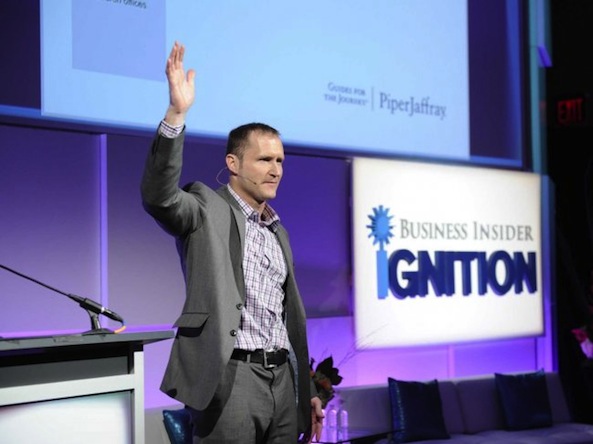 Reports that an Apple TV product is in the works have resurfaced a number of times over the past few years. Analysts continue to believe that Apple has something bigger planned for the living room than its current $99 hobby.

Perhaps nobody believes this more than Piper Jaffray’s senior Apple analyst Gene Munster. And he was recently seen at Business Insider’s IGNITION conference in New York talking about Apple’s plans for the TV and more…

During his talk entitled ‘What’s Next for Apple?’ Munster made a number of bold comments regarding what we’ll see from the Cupertino company over the next year. You can see his entire talk here, but here are a few notables:

Gene Munster has been with Piper Jaffray for nearly 20 years, and is currently ranked as one of their senior research analysts. So while a lot of this stuff sounds crazy, his thoughts on Apple do hold more water than the average joe.

That being said, I’m still not convinced Apple is going to get into the low-margin business of making TV sets. I think The Wall Street Journal’s theory that it’s working with cable providers on a digital set-top box is much more likely.

Regardless, I do think that 2013 is going to be an exciting year for Apple. There has to be a reason that the company pushed out updates to nearly all of its products between September and October. It has to release something in the next 12 months.