If you’re fond of retro gaming, keep your eyes peeled for Vectrex Regeneration this week on the App Store. This universal iPhone and iPad game strives to emulate the popular Vectrex game console that famously made waves in the early ’80s. Developer RantMedia Games announced on Twitter yesterday that Vectrex Regeneration should land on the App Store “in just three days”. A teaser seen above depicts gameplay that promises to emulate the original console, along with an interesting 3D interface to spice things up a bit…

According to TouchArcade, the game will come bundled with the Vectrex’s entire original game library containing nearly thirty titles in total.

It will also offer “indie titles released after the Vectrex left market (in 1984) as in-app purchases, along with various feature packs, such as the multiplayer Controller Pack and the iCade pack”.

Those who have been around for a while will remember the Vectrex console.

It debuted in November 1982 at $199 before exiting the market in early 1984 amid the video game market crash.

Developed by Western Technologies/Smith Engineering, the Vectrex was licensed and distributed first by General Consumer Electric and then by Milton Bradley Company after their purchase of GCE. 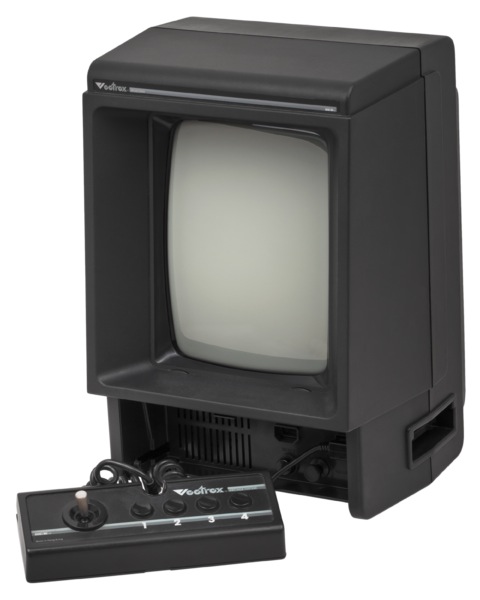 Unlike other consoles at the time, the Vectrex came with built-in nine-inch display and a game controller with four buttons. Though the display rendered vector graphics in black and white, games came with colorful translucent plastic overlays that had to be inserted in front of the display to give a sense of color.