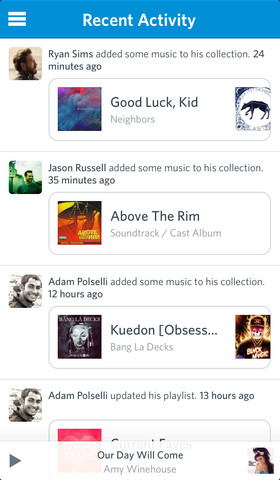 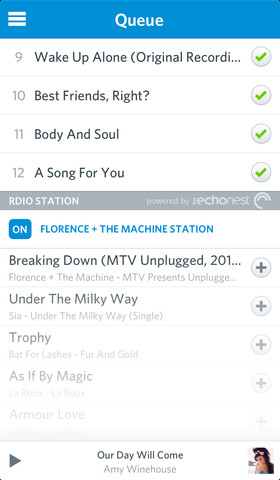 If you stream your music these days rather than spend your hard-earned cash on individual tracks on iTunes, you’re likely using Spotify, Pandora or Rdio. The latter music subscription service is available in the U.S., U.K., Canada, France, Germany, Brazil, Australia, Spain, Portugal, Denmark, Finland, Sweden and New Zealand. The team just pushed a major update to their iOS and Android clients.

The software finally brings a unified interface across mobile platforms and the web, ditching the old grid-based navigation and replacing it with a consistently available sidebar that we’re increasingly seeing in other apps like Path and Facebook. Rdio 2.0 also brings new features such as remote control, flawless queue syncing across platforms and more…

The ad-free music service launched the official iPhone app in October of 2011, updating it with a native iPad interface the following month.

The redesigned look of Rdio 2.0 is much cleaner and easier on the eyes. You’re gonna appreciate the new navigation sidebar, revealed by swiping right virtually anywhere in the app, as it offers quick access to oft-used features and settings, including the offline mode and syncing. 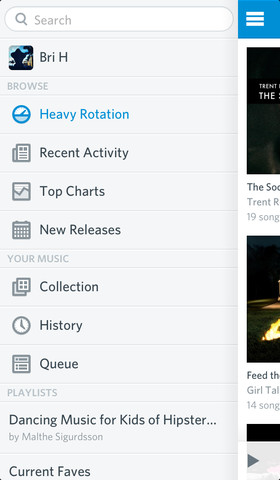 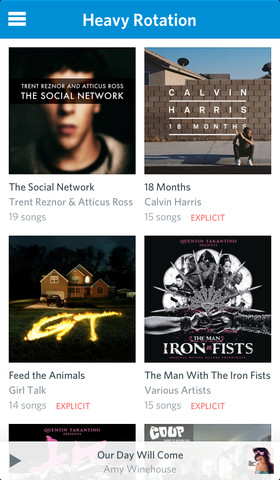 You can also control Rdio playback on your computer using the mobile apps via a new remote control feature. More importantly, the mobile queue finally syncs across devices and is available in Rdio’s web interface.

This feature works as advertised: I had no trouble adding a few songs on my iOS device to my mobile queue and access it nearly instantaneously on an Android device and my Mac.

On the other hand, some features need improving, like the (in)ability to re-order songs in a playlist.

Astonished @rdio is up to version 2.0 on its iOS app and you still can’t re-order songs in a playlist. This is music player 101 guys.

• Unified Player – sync your Queue and what you’re currently listening to across all your devices
• New Design – a clean, white interface and sliding side navigation that’s accessible throughout the app
• Remote Control – control Rdio apps on other devices

Rdio 2.0 is a free download for iOS and Android.