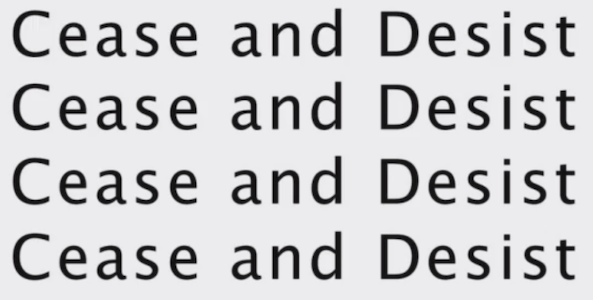 When you think of everything wrong with the patent system today, Apple always comes to mind. The iPad-maker has applied for, and surprisingly won, patents on things you wouldn’t think you could have exclusive rights to.

That’s the basis for this new parody video, in which Washington Post book critic Ron Charles pretends to be an Apple legal attorney explaining the company’s strategy behind applying for a patent on the English alphabet…

While it’s not particularly well-done — notice the not-so-white background, Charles still makes a valid point. Patent applications for both software and hardware inventions are getting out of hand, and Apple is leading the charge.

The clip, as you can see, is in response to the recent ‘page turn’ patent that Apple was granted by the United States Patent and Trademark Office. So in addition to the rectangle, Apple nows owns the rights to the digital page turn.

Apple hasn’t actually asserted the patent against anyone yet, but it wouldn’t surprise us if it did. The Cupertino company is currently embroiled in a number of patent suits around the globe, most notably with its arch rival Samsung.