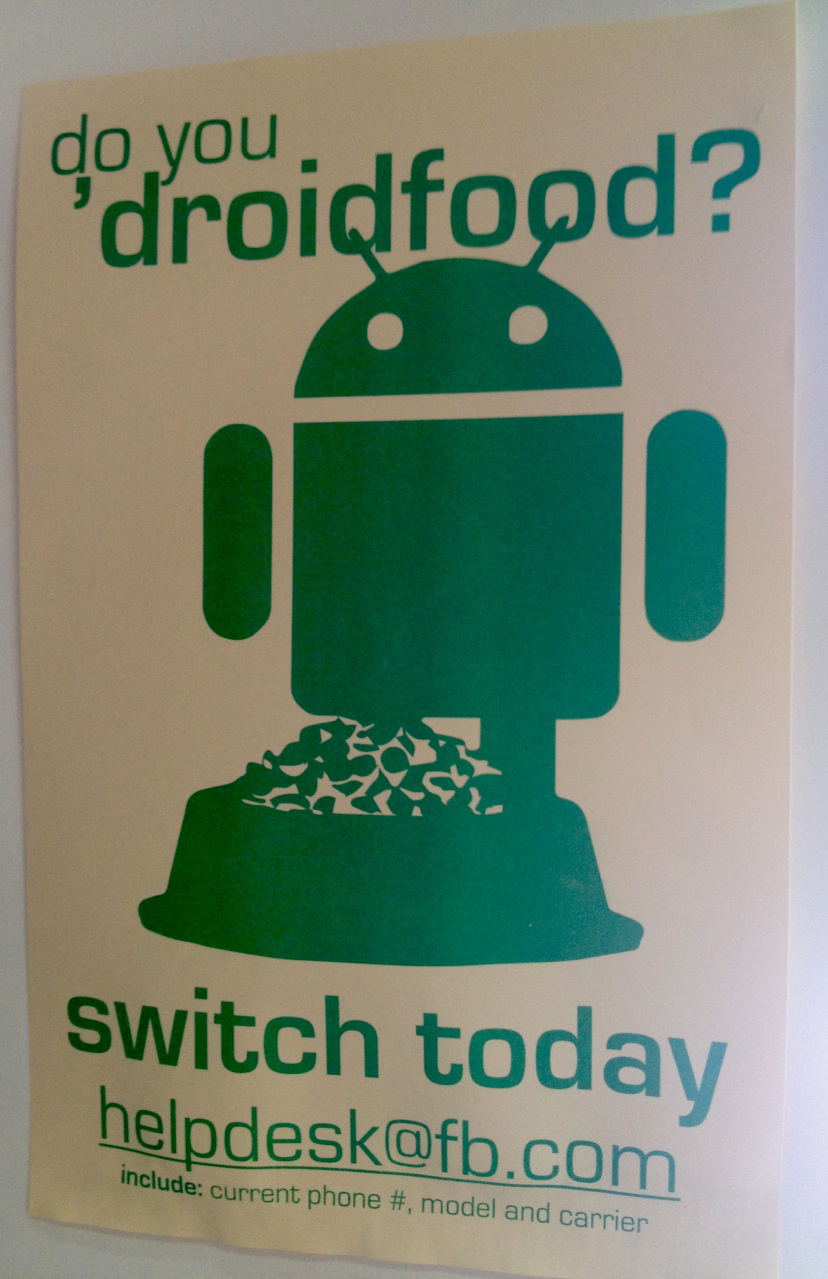 This is kind of an interesting story. Apparently Facebook has launched an internal campaign to get its employees to trade in their iPhones for Android devices. After years of giving its workers Apple handsets, the social networking giant is urging them to make the switch to Google’s platform in an effort known as Droidfooding… 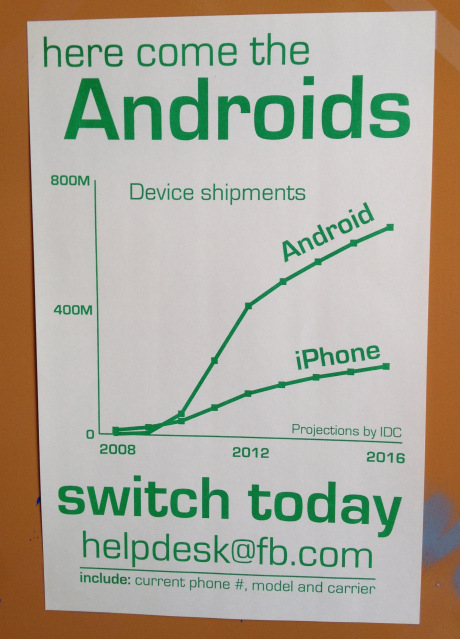 “Facebook is making a shift. Not just to mobile, but to a balanced focus across mobile through an informal program to nudge employees to Android. It was first mentioned by Business Insider’s Owen Thomas in August and I’ve since investigated. The campaign casually known as “Droidfooding”, a portmanteau of Android and dogfooding — eating your own dogfood aka testing your own products.”

The site’s Josh Constine obtained the above two photos this weekend, which depict posters that are reportedly hung around Facebook’s Menlo Park campus. The second one, a mobile marketshare projection chart by market research firm IDC, is particularly intriguing. It shows Android shipments outnumbering iOS 2 to 1 by 2016.

This shouldn’t surprise anyone, as Google’s mobile devices have been out-shipping Apple’s for quite some time now. But it’s obvious that Facebook doesn’t feel like its current Android efforts are enough for the popular platform, so it’s trying to fix that. It says that a lot of its engineers are now carrying around both Android and iOS devices.

In addition to the mobile switch, Constine also scoops up another interesting tidbit, and it has to do with the company’s bug reporting. Apparently if an employee runs across a problem in one of the Android or iOS apps while testing them, there is a feature built into their internal software that lets them shake to report it. It’s called “Rage Shake.”

Anyway, what this all boils down to is that Facebook is going to start taking Android a lot more seriously. And I wouldn’t be surprised to see other companies follow suit. Because whether or not they like Google’s mobile OS, the platform’s marketshare is just getting far too big to continue to ignore or push to the side.