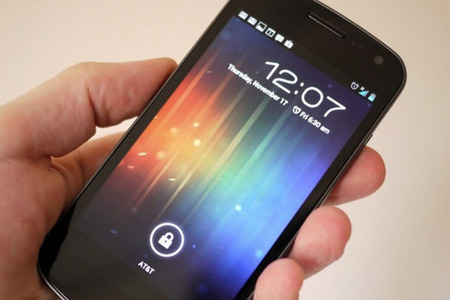 We’ve long known smartphone owners live in a largely bifurcated world of Android and iOS. However, new research paints a dramatic picture where three out of every four smartphones shipped are powered by Google’s mobile operating system. Apple’s mobile OS is the only other to have double-digit market share: a hair under 15 percent.

In the third quarter of 2012, Android accounted for 136 million of the 181 million smartphones shipped, according to IDC. By comparison, 26 million iOS-powered smartphones shipped during the same period, giving Apple 14.9 percent of the market. While both OS makers grew faster than the industry’s 46.4 percent, Android’s 91.5 percent year-over-year growth handily overcame the 57.3 percent growth of Apple’s iOS…

Since its 2008 introduction, “Android has effectively outpaced the market and taken market share from the competition”, IDC research manager Ramon Llamas said. A combination of smartphone vendors, mobile operators and consumers all adopting Android has helped Google’s market share continue to climb.

Leading the smartphone vendors is Samsung.

The South Korean firm’s Galaxy S III is largely credited with spearheading Android’s dramatic growth. The firm has 31 percent of the smartphone market, but it’s dominance is diminishing as more companies introduce Android devices, according to the research firm.

Another key for Android’s rise is Google’s creation of an entire mobile ecosystem.

“The smartphone operating system isn’t an isolated product, it’s a crucial part of a larger technology ecosystem,” Kevin Restivo, IDC senior researcher, said. “Google has a thriving, multi-faceted product portfolio. This factor and others have led to loss of share for competitors with few exceptions”, he said.

What about Apple and the iPhone?

Although the late quarter introduction of the iPhone 5 and discounts of older phones prevented the Cupertino, Calif. firm from losing ground, IDC felt it wasn’t enough.

“But without a splashy new OS-driven feature like Siri in 2011 and FaceTime in 2010, the iPhone 5 relied on its larger, but not wider, screen and LTE connectivity to drive growth”, IDC announced.

As for the also-rans, the trend was downward. Blackberry’s 4.3 percent marketshare was down nearly 38 percent compared to a year ago. The upcoming BlackBerry 10 “will continue to rely on its aging BlackBerry 7 platform, and equally aging device line-up”, the analyst firm opined. Inexplicably, the BlackBerry and its BlackBerry Messaging service remain “wildly popular” among an increasing number of subscribers, according to IDC.

IDC’s report only highlights the advantage an open operating system, such as Android, has over iOS. Although technically deficient in some ways, Android proves the power of scale. There is no way Apple can beat Android in unit sales. As it has in the early desktop days, Apple must position iOS as the premium choice for mobile devices.

Eventually, it will also need to confront its manic desire for high margins. The need to maintain high margins (and high stock value) could cost it a slice of the enormous emerging markets, hungry for Apple’s prestige but unwilling to pay Apple’s higher-than-Android prices. Apple was late to the smaller tablet market, but hopefully won’t forego the bonanza of low-priced smartphones.

How can iOS compete with Android’s sizable lead?