Don’t tell me you didn’t see this coming. Ever since the social networking behemoth Facebook acquired Instagram, the popular photo-sharing service, folks have been wondering if the two will perhaps merge down the road. Facebook’s Mark Zuckerberg has been adamant that Instagram will be maintained separate of Facebook, but that doesn’t mean the two shouldn’t play nicely.

Just recently, Instagram brought us Facebook-like web profiles and previously rolled out automatic translation of Instagram @mentions to correct Twitter usernames in tweets. According to Reuters, Facebook is now proposing to combine user data with that of Instagram and is thinking about “loosening restrictions” on emails sent to @facebook.com address…

The change could open the door for Facebook to build unified profiles of its users that include people’s personal data from its social network and from Instagram, similar to recent moves by Google Inc.

In January, Google said it would combine users’ personal information from its various Web services – such as search, email and the Google+ social network – to provide a more customized experience.

The company will also “loose restrictions” on the email system and kill the voting system for future features.

We found that the voting mechanism, which is triggered by a specific number of comments, actually resulted in a system that incentivized the quantity of comments over their quality.

And if you by any chance happen to be among the few people who actually use the @facebook.com email address, know the company will eliminate a setting which controls who can contact you.

The company said it planned to replace the “Who can send you Facebook messages” setting with new filters for managing incoming messages.

These changes are open to public comment for the next seven days. Users can submit their comments via the “Documents” tab of the Facebook Site Governance before 9amPST on November 28, 2012.

Seasoned watchers won’t be terribly shocked by the aforementioned changes.

As Facebook continues to build the social graph of its users, it’s also using this data to become the de facto ID of the web.

I’m all for simplification.

Really, it doesn’t make a whole lot sense to maintain two separate accounts, one for Facebook and the other for Instagram. 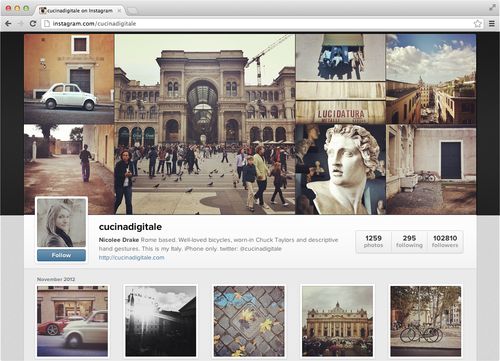 That Facebook is “loosening restrictions” tells me Zuckerberg feels Google+ is more nimble. Zuck and Co. are losing pace in part because Facebook users enjoy too much freedom in terms of being able to infuence the feature set, which slows down the development process.

Now that Facebook is a publicly traded company subject to oversight by various regulatory agencies, users have no business voting on or banning the upcoming features.

Who knows, today’s news could mark the beginning of a new era for Facebook, one where the company rolls out changes more rapidly and imposes new features on users, whether they like it or not.

Would you oppose or embrace unified Facebook/Instagram profiles?