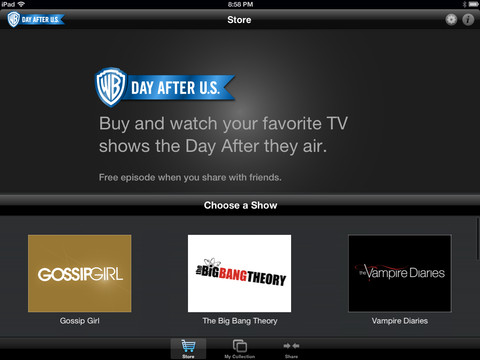 Aptly named Day After US, a new mobile application for iPhones and iPads by Warner Bros. brings you the goodness of the studio’s prime television shows, provided you can wait 24 hours after the episodes aired on television. A free download from the App Store, it works natively on any iPhone, iPod touch and iPad with iOS 4.3 or later. You can download individual episodes directly to your device over Wi-Fi for offline viewing. Warner Bros. is throwing in the first episode of each show free of charge. Want more? Have your credit card handy…

Needles to say, enjoying additional episodes of premium TV shows such as Gossip Girl, The Vampire Diaries or The Big Bang Theory will require a per-episode payment. The movie studio will also provide localized audio dubs and dynamic subtitles for some shows in certain languages.

Again, you have to pay for these television shows, sans the first episode:

For the complete experience, you can purchase individual episodes or save money and buy whole seasons as you unlock extra content. 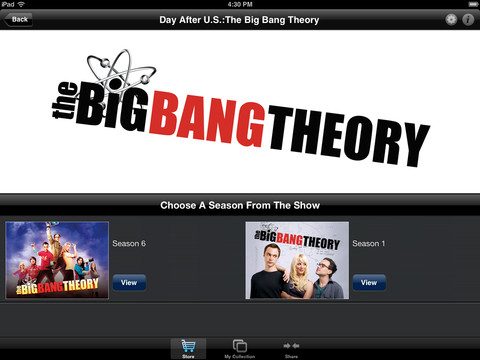 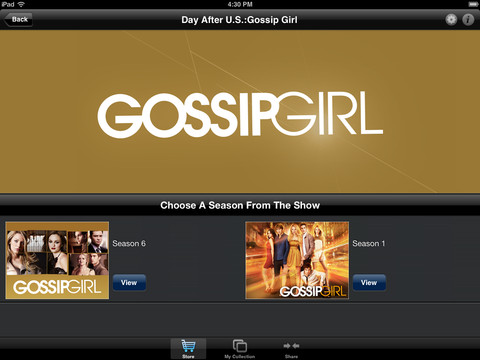 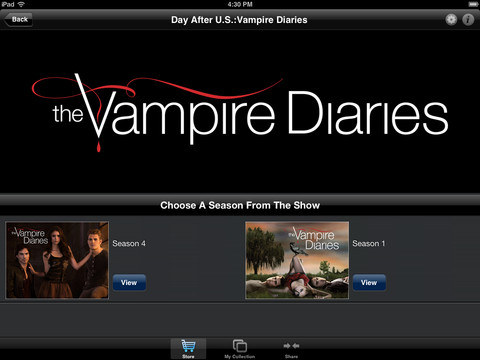 Of course, Warner shows are also available for rent individually or as season passes on iTunes though you don’t get the first episode of each show free of charge.

Do you use streaming apps from Hollywood majors on your iOS devices?