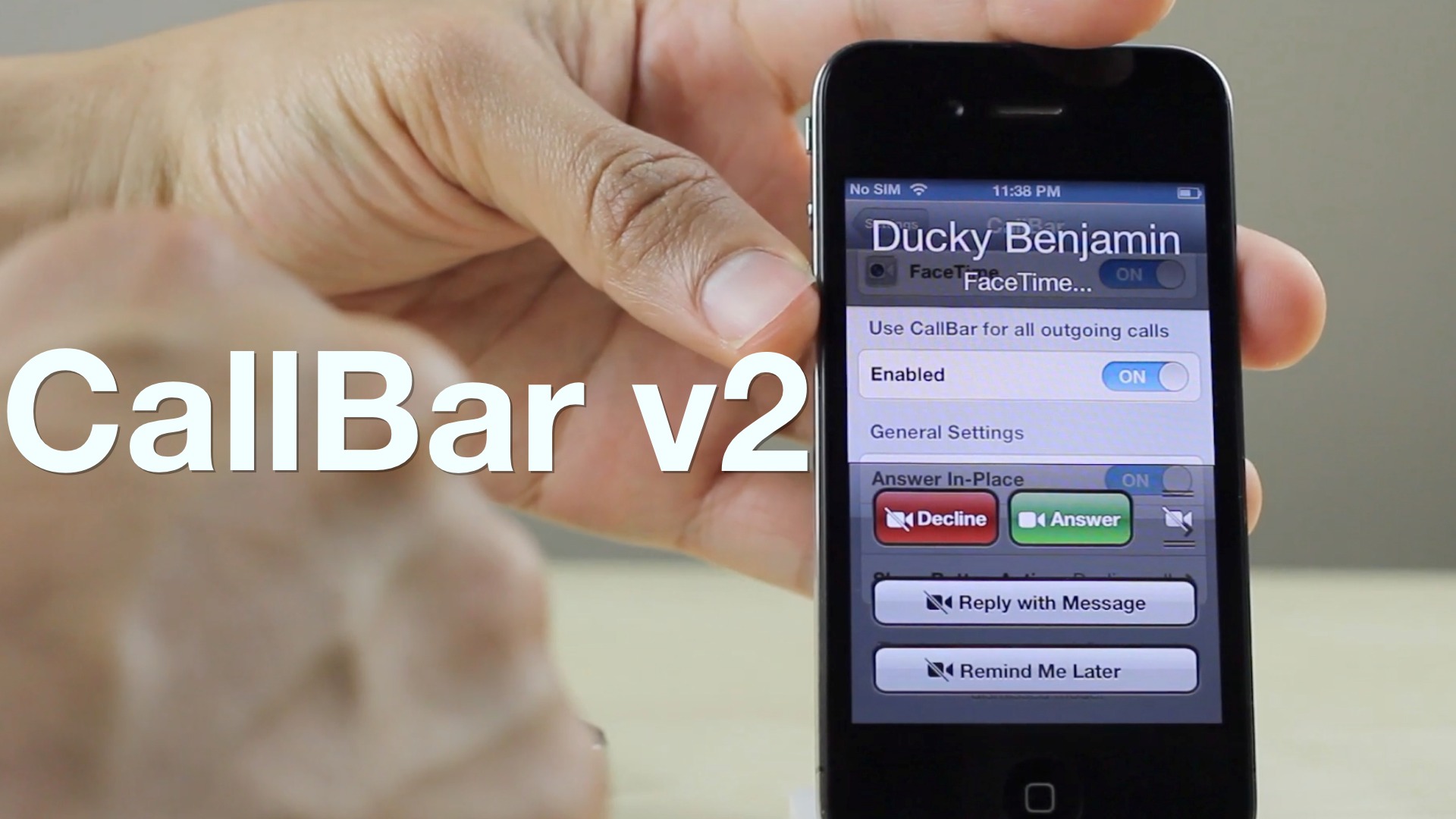 CallBar v2 is now available on Cydia’s BigBoss repo, and it brings iOS 6 support and a host of additional new features to the popular telephony tweak for jailbroken iPhones. One thing I noticed by looking at the change log, and from using CallBar v2, is that it is a very refined experience. Elias Limneos and Joshua Tucker spent a lot of time stamping out bugs present in previous versions, and it shows.

While fixes are nice, new and improved features are even better, and CallBar v2 benefits from a number of them. First of all, there’s true iOS 6 support built right in. I was able to test CallBar v2 on both an iOS 6.x and iOS 5.x device, and they both worked pretty much identical to one another.

For those of you who still may feel a little reluctant to upgrade to iOS 6, you’ll no doubt appreciate how CallBar v2 brings many of the iOS 6 phone features to iOS 5.x. Options that are normally only available on the latest firmware like “Reply with Messsage” and “Remind me Later”, are now available on iOS 5, and they work exactly as you would expect.

As we normally tend to do, we’ve created a video walkthrough that showcases some of the new features present in CallBar v2. We invite you inside to take a look at our video, along with more details concerning the new upgrade…

Obviously the big feature here is the iOS 6 support and the “back to iOS 5” phone call features mentioned above. But the changelog for CallBar is extensive, so much so, that it would be difficult to show you all of new features and enhancements on video.

Downsides to CallBar v2 are few, but some may be disappointed to see options like Skype and Viber banner alert support removed. After talking to the folks behind the design, it turns out that since Skype and Viber now feature their own respective banners, having the function in CallBar would be redundant, hence the feature was removed.

Here’s just a sample of what to expect:

The best thing about CallBar is that it lends the ability to initiate and receive phone calls from anywhere, without having to open the stock iOS dialer. That means that you no longer have to remove focus from what you’re currently doing just to accept a phone call or initiate a phone call. 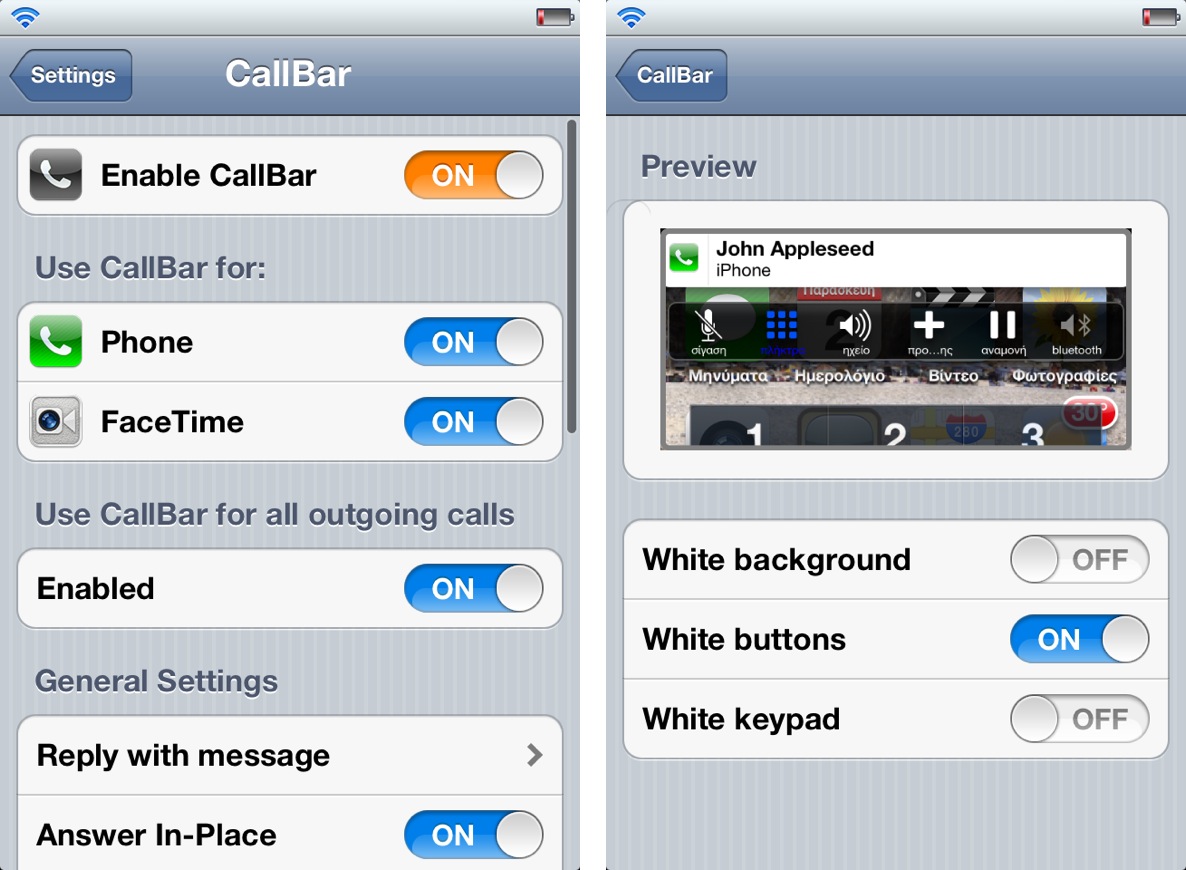 CallBar options and new color schemes for the In-Place Dialer.

Even better, is the ability for Siri users and Bluetooth headset users to initiate these calls via those means, and still retain the current app focus. It’s a luxury that should be stock within iOS, but it’s probably something we’ll never see Apple implement.

That’s okay, because the developer and designer duo Elias Limneos, and Joshua Tucker, combine for quite the one-two punch as far as quality and polish is concerned. There an obsessive, almost Apple like attention to detailed paid here, and it’s readily evident as soon as you begin using CallBar. 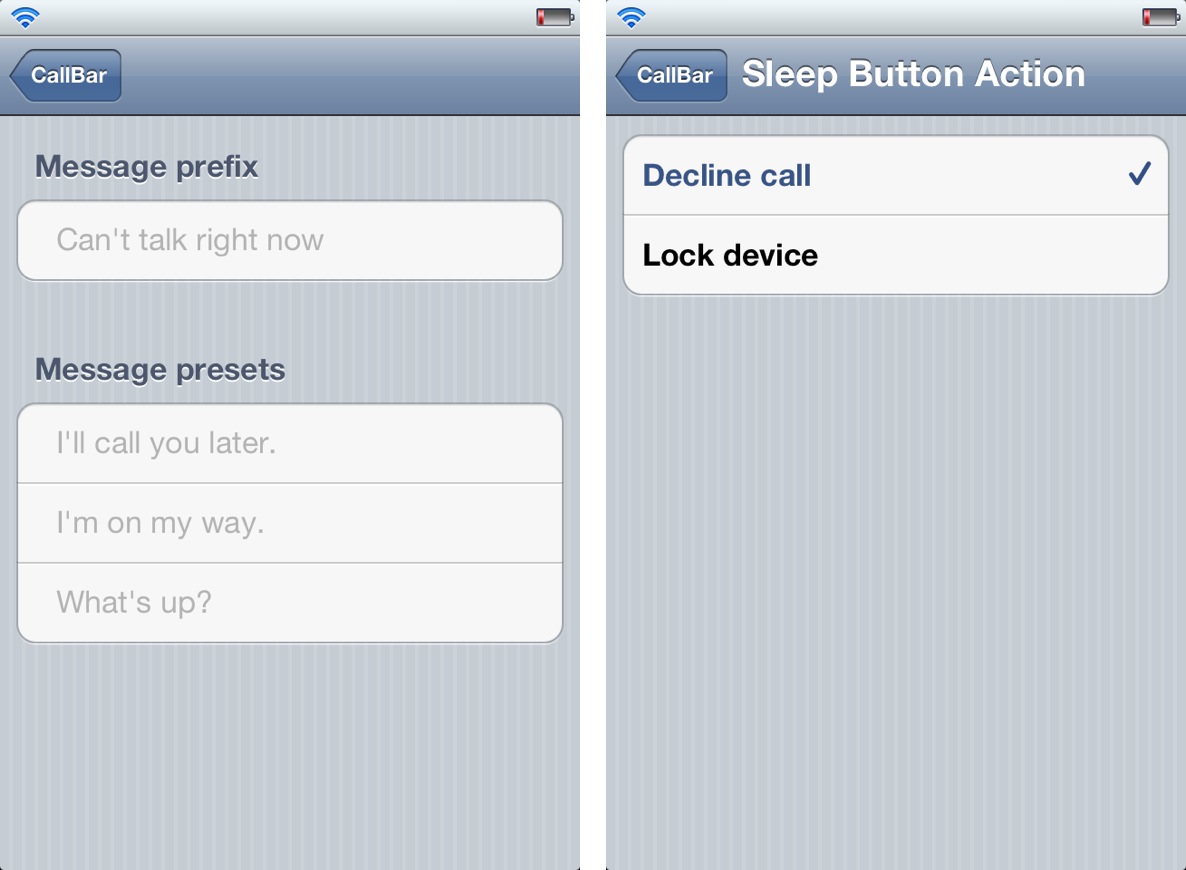 So how much will all of the new fixes and upgrades cost? For previous owners of CallBar it’s a completely free upgrade. For new users, it’s $3.99 on Cydia’s BigBoss repo. Considering the effort that has gone into developing and refining this tweak, along with the new features that it brings to the table, I think it’s well worth the asking price. This isn’t the type of tweak that you install just to show off to your friends. No, it’s the type of tweak that you absolutely yearn for when there’s no current jailbreak for your device.

Let me know what you guys think about CallBar v2 in the comment section below.