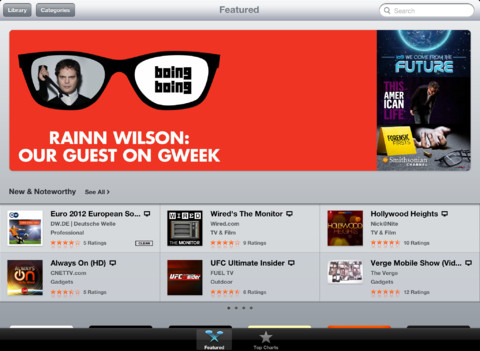 For example, tapping a podcast in Top Stations now reveals episodes you can play. Also new is the ability to turn on automatic downloads for all subscribed podcasts in Settings. Unfortunately, the dreaded 1980s animated tape-recorder interface is still there, but Jony Ive will no doubt see to it sooner rather than later…

Podcasts 1.1.2 is a free download that supports all your iOS devices natively.

What’s your favorite app for managing podcasts on iOS devices?