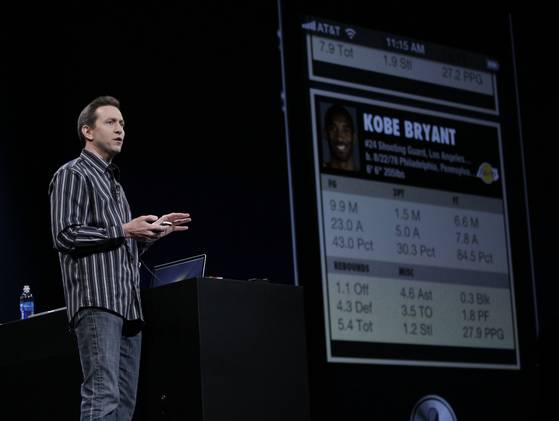 Since Apple announced on Monday that Scott Forstall would be leaving the company next year, we’ve heard a number of reports regarding the way other employees viewed the long-time SVP of iOS Software.

Needless to say, most of the stuff we’ve heard hasn’t been positive. He’s been described as polarizing, and abrasive, and was accused of abusing his relationship with Steve Jobs. But that doesn’t mean he wasn’t an asset…

Business Insider recently spoke with Erin-Michael Gill, the Managing Director and Chief Intellectual Property Office at MDB. And he points out that Scott Forstall’s name is on more than 160 Apple patents.

That’s more than any other Apple employee, and considerably more than Jony Ive and Craig Federighi, who will be taking over the lion’s share of Forstall’s old duties. Just check out this chart from MDB: 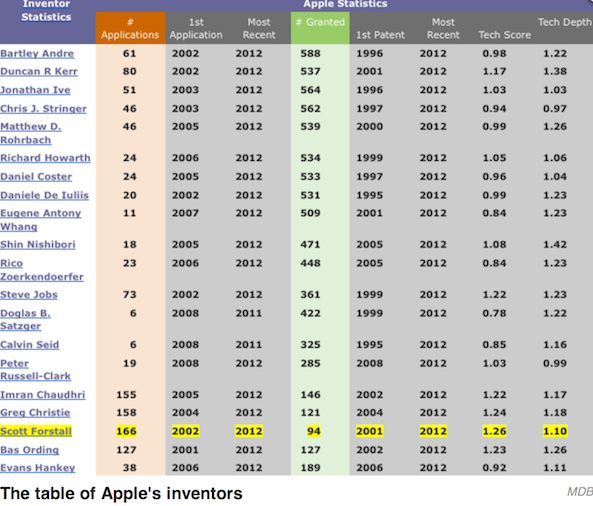 Forstall’s exit has received quite the positive spin over the past week, with reports of some employees even going out to celebrate his ousting. But the truth is, Apple just lost one of its most prolific inventors.

Scott Forstall was relieved of all of his SVP duties this week, and has been renamed “Special Advisor to the chief executive officer” until his official departure in 2013. It’ll be interesting to see what he does next.