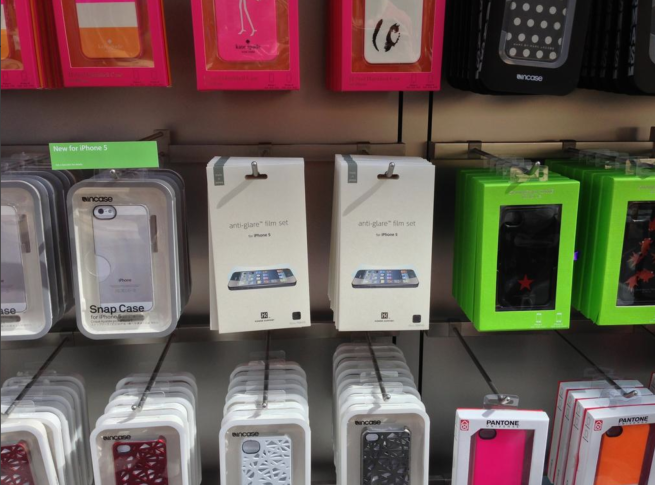 Accessories for Apple’s latest smartphone are extremely hard to find right now. Not only does the iPhone 5 have a different dock connector, but it’s also larger than its predecessor, making most cases and add-ons obsolete.

But we have some good news today, at least for the folks looking for a cover to protect their new handset. Reports are coming in this weekend that Apple has started stocking its retail stores with iPhone 5 cases…

9to5Mac is reporting that Apple Stores are now carrying both cases and screen protectors for its sixth generation smartphone. The selection’s not huge yet, but the site promises that more options are on the way.

And if you can’t find a case there, we’ve also received word that TwelveSouth is going to be updating its popular BookBook case for the iPhone 5 in November. It’s even going to have a hole for the iSight camera this time.

Unfortunately, there’s still no word yet on when Lightning-compatible docks and other accessories will be available. Apple’s authentication chip has thus far prevented third party manufacturers from making anything, but hopefully they’ll hash that out during next month’s accessory partner seminar in Shenzhen, China.

Have you found a case for your iPhone 5 yet? Or are you staying case-less?