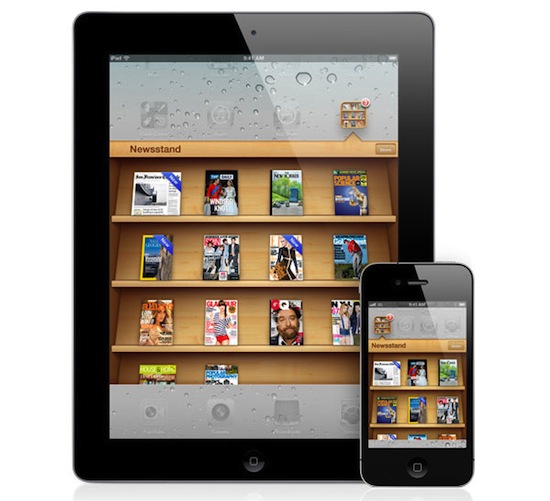 When Apple unveiled the iPad back in 2010, it was believed that it was going to turn the print industry upside down. Traditional newspapers and magazines were both supposed to be victims of the popular tablet.

But alas, here we are more than three years after its release, and the iPad hasn’t made a very big dent in either space. In fact, according to a new report, more Kindle Fire users are reading newspapers and magazines on their tablets than those with Apple slates…

The Next Web points to a new report from comScore that covers its findings from a recent three month study. Between June and August 2012 of this year, the marketing research firm documented the reading habits of more than 6,000 US tablet owners. 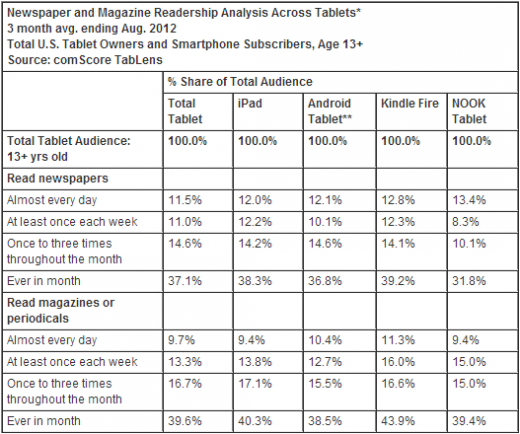 Apple, for its part, pushes its newspaper and magazine offerings through its Newsstand platform. The app, which was introduced in iOS 5, comes preinstalled on devices, and is extremely difficult to remove from the home screen.

Additionally, Apple is widely expected to launch a new, smaller tablet next week with a focus on iBooks and other consumable content. It’ll be interesting to see if the smaller form factor advocates more reading from users.

Do you use your iPad to read things like magazines and newspapers?