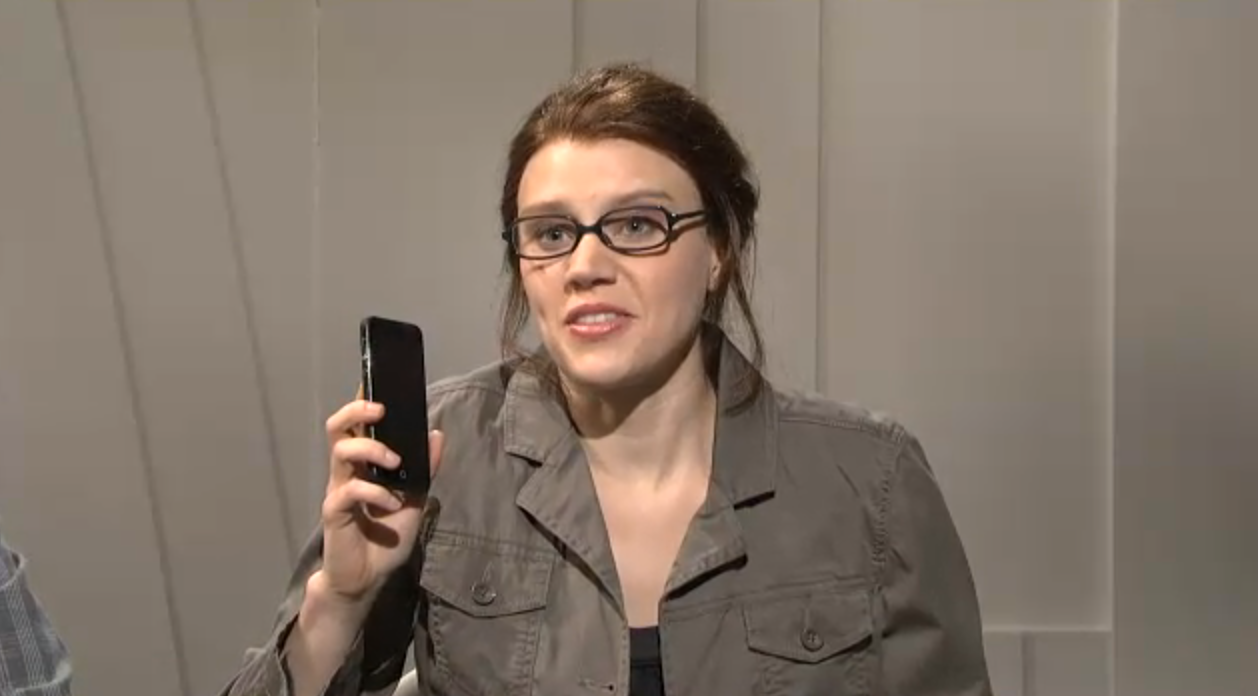 For the most part, the iPhone 5 has been well-received by customers. Reviews of the handset have been very positive, with most folks saying it’s well worth the upgrade for previous iPhone owners.

But in addition to all of the praise, we’ve also heard a lot of complaints regarding the smartphone. There’s the iOS 6 Maps debacle and the scratching, and don’t forget the camera’s purple haze issue.

So last night, the folks over at Saturday Night Live decided to address these complaints as only it knows how. You have to watch this hilarious clip from SNL’s new episode called “Tech Talk: iPhone 5…”

While the people might be fake, the issues addressed in the above clip are very real. Apple has been receiving non-stop criticism from users and pundits over its new Maps app, which replaced Google Maps in iOS 6.

There have also been numerous reports of iPhone 5 owners noticing scratches on their handsets, sometimes right out of the box. This has caused Apple to tighten quality control at its Foxconn manufacturing plants.

That being said, SNL also does a good job of pointing out how minute these issues are in the grand scheme of things. Don’t get me wrong, when you pay hundreds of dollars for something, it should work as advertised. But it still makes you think.