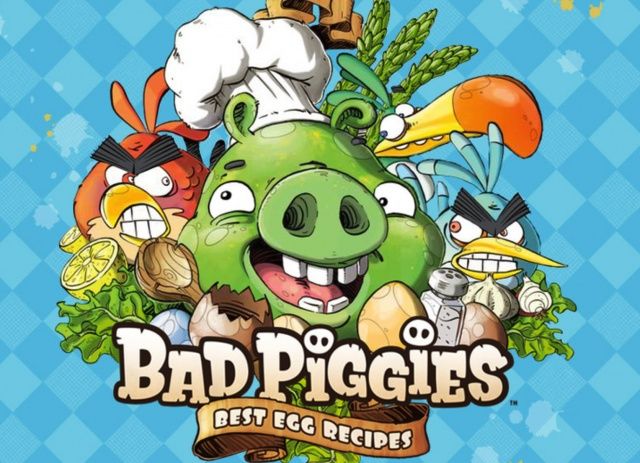 From the apps to the merchandising, Rovio appears to be making money hand over fist. Yesterday, the brains behind the popular Angry Birds physics puzzler series updated their original game with 30 new levels. But it looks something else has been cooking in Rovio’s kitchen as today the Finnish developer launched at Frankfurt Book Fair a new app for the iPad.

It’s called Bad Piggies’ Best Egg Recipes and you guessed right, it’s an e-book, basically an interactive replica of the dead tree version ($9.99 on Amazon) Rovio published last year, which contains 41 egg recipes. We’ve got a teaser clip and a hands-on video for your right after the break…

“We took the content from the book, 41 egg recipes, but didn’t want to just take the book, make a PDF and sell it to people. We actually made it a lot more interactive”, CMO Peter Vesterbacka said at the launch in Germany.

So, the app contains 41 recipes with step-by-step instructions and you can also capture and share photos of your creations, which is kinda fun.

– 41 delicious egg recipes
– Animated illustrations that brings the birds and pigs to life
– Step-by-step photo instructions
– Funny and surprising photos of the finished recipes (those piggies are at it again!)
– Social media integration and built-in album to share photos of your creations
– Real egg timer built into the app
– Full index for quick and easy access to your favorite recipes
– Easy virtual bookmarks for your favorite recipes
– Option to switch between metric and imperial units

Bad Piggies’ Best Egg Recipes is on sale in the iPad App Store for an introductory price of 99 cents, but expect it to soon go back to its regular price of $4.99.

And as if a $5 e-book wasn’t enough, Rovio’s Andrew Stalbow said that his company is also preparing to launch – wait for it – a series of 52 Angry Birds animated shorts titled Angry Birds Toons and hinted that plans for a longform Angry Birds movie have not been shelved.

What do you think, has Rovio become a money-grubbing empire?