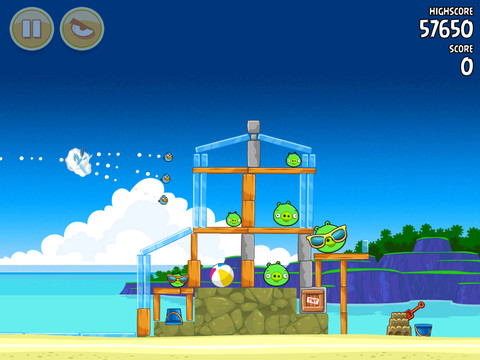 “The Bad Piggies don’t just have a new game”, Finnish developer Rovio writes in release notes for the freshly updated Angry Birds. “Now they’ve taken over Angry Birds with 15 of the piggest levels ever”. Angry Birds, the game that started the whole birds vs. piggies craze, was updated on the iPhone and iPod touch with 30 new levels, 15 of which are pig-themed in an obvious mash up with Bad Piggies, Rovio’s most recent game release that has turned the familiar flinging formula upside down…

In comparison, Zynga has 306 million monthly active users across all of its games. As for Bad Piggies, expect Rovio to expand the franchise in the next year.

All told, Angry Birds games have been downloaded over a billion times across platforms.

Angry Birds is a 99-cent download for your iPhone and iPod touch.

Angry Birds HD for iPad is an additional $2.99 download, unfortunately. The iPad build has also been updated to version 2.3 with the same goodies as its iPhone counterpart.

Earlier in the week, Rovio said it partnered with toy and board game company Hasbro on a range of Star Wars and Angry Birds-themed merchandize, the stuff like figurines, costumes and plush toys.

Here is the Rovio team at the Toys ‘R’ Us in Times Square. 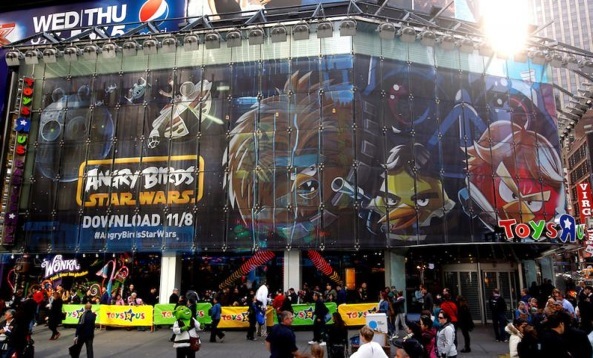 Halloween costumes are on sale now.

Aren’t you getting excited already?