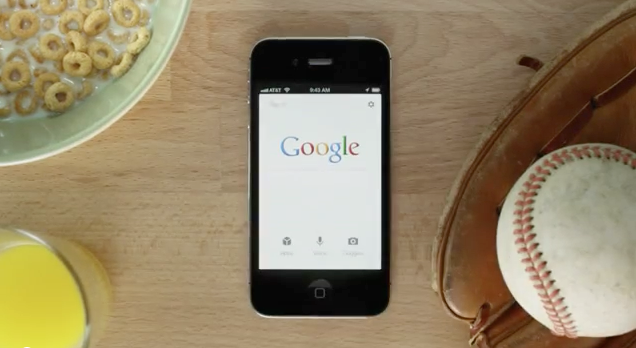 Back in August, Google showed off an update for its iOS Search app that included its new Google Now digital assistant technology. It’s the same tech it uses in Android 4.1 (Jelly Bean).

During the showing, the company said that it had submitted the update to Apple and was awaiting approval. But more than two months have passed now, and we haven’t heard a peep…

Apple took more than a year to approve Google’s VoIP client, prompting criticism from the tech world, and users. Even the FCC felt the need to get involved on possible anti-trust grounds.

Here’s an excerpt from Apple’s explanation (to the FCC) regarding the lengthy review process:

“Contrary to published reports, Apple has not rejected the Google Voice application, and continues to study it. The application has not been approved because, as submitted for review, it appears to alter the iPhone’s distinctive user experience by replacing the iPhone’s core mobile telephone functionality and Apple user interface with its own user interface for telephone calls, text messaging and voicemail…

…These factors present several new issues and questions to us that we are still pondering at this time.”

This doesn’t necessarily mean that Apple will end up rejecting the application, but it could mean that it will force Google to make some (probably negative) changes to the app before it approves it. Just look at the Google Voice iOS app. Now look at Google Voice on Android. Now back at iOS. Not even close, right?

And of course, none of this bodes well for Google’s rumored iOS Maps application, which will also (obviously) be subject to Apple’s rule. It’ll be interesting to see how this all plays out over the next few months. If you ask me, it looks like Apple’s afraid to get one-upped on its own platform.

What’s your take on this whole situation?