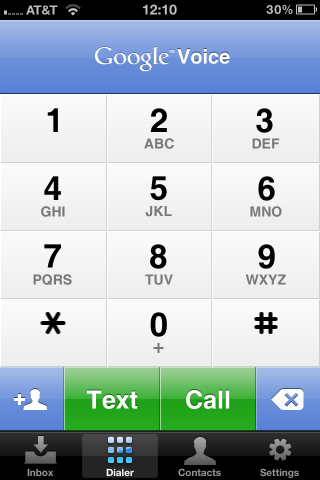 Maybe this really is a day we’ll never forget after all! Even though the Google Voice web app was pretty good, I always wondered why Google didn’t release an official app, especially since Apple loosened up its App Store approval process. It’s something I will never wonder again as Apple gave the green light today to the official Google Voice app.

There are already a couple Google Voice apps (1, 2) selling in the App Store, but seeing how good the new official app looks like, and the fact that it comes at the unbeatable price of $0, the official Google Voice application will probably be a success…

I’ve played with it for a few minutes and I already know it will replace GV Mobile+, the unofficial Google Voice app I currently use on my iPhone. I really like how you can see your voicemail transcribes as well as listen to your voicemails at the same time. It’s a nice detail, especially since Google Voice handles all my voicemails.

You can download the Google Voice app from here.