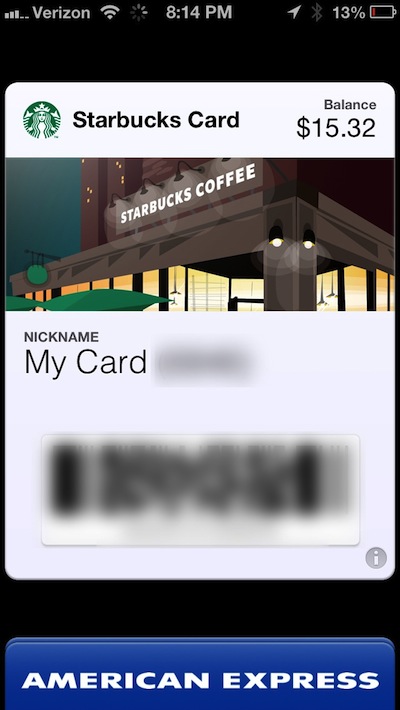 Finally, the moment we’ve all been waiting for. The real reason Passbook was invented — Starbucks.

Indeed, the official Starbucks app was just updated, and it brings the long awaited Passbook support with it. This means that you can now create a pass to store in Passbook, and pay directly with said pass.

It’s super easy to setup, and apparently, it uses the same scanners that scan the “touch to pay” feature inside the official app. In other words, it’s ready to use out of the gate.

Here is the update for the Starbucks app, which includes iOS 6 and Passbook support. It’s obvious that they’ve been rushing on this, since it features no support for the iPhone 5’s larger screen. It’s probably because they promised that it would be out before October. 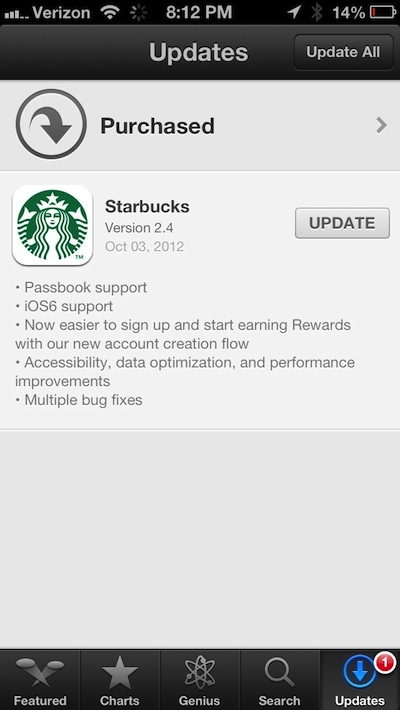 Once you install the update, and load the app, you’re immediately greeted with a pop up promoting the new Passbook support. 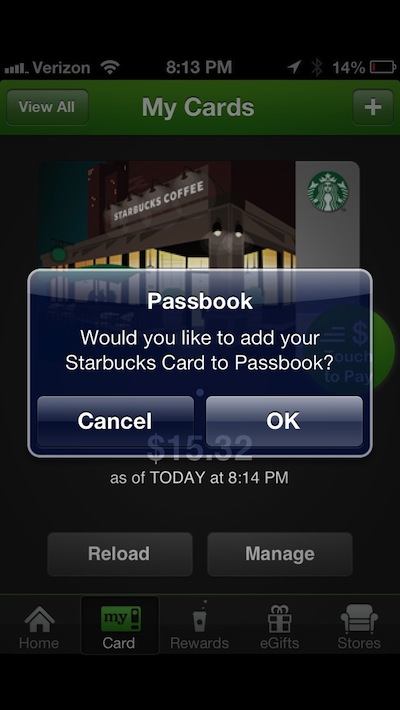 Tapping OK brings up the Favorite Stores setup screen, which allows you to add favorite stores. Once near any of your selected stores, your Passbook will automatically be loaded for you to use on arrival. Nifty. 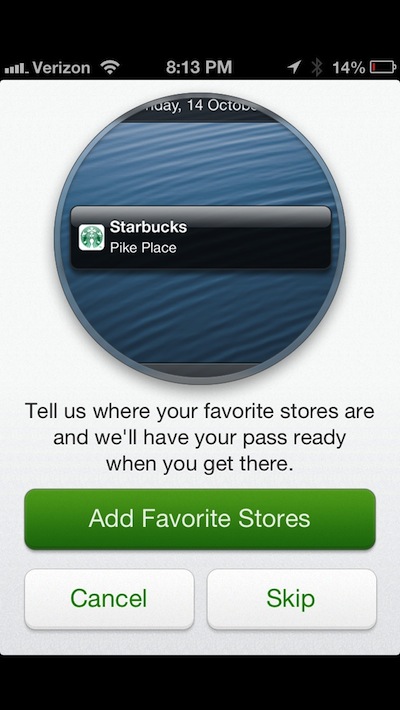 If you decline to setup favorites, you can always go back and do it later. 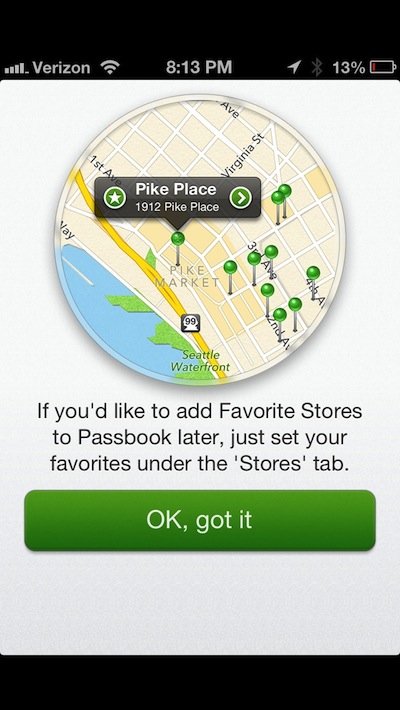 Next, the app gathers the information from your account setup within the app, and creates your pass. 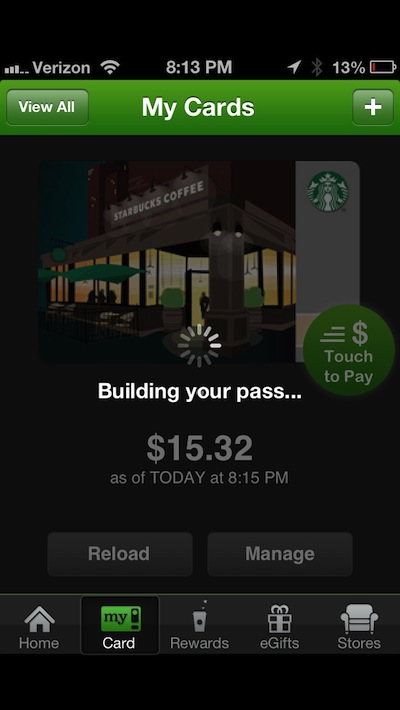 Your pass is created. You can now add it to Passbook for later usage. 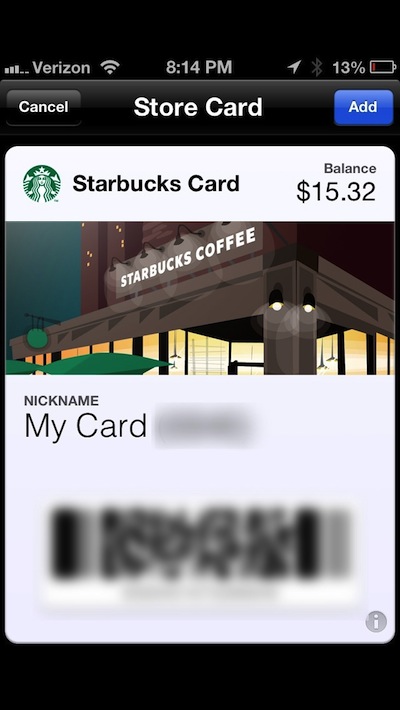 The pass is now in Passbook, notice my Amex passes below.

As usual, flipping the card over lets you enable automatic updates, and features pull to refresh. Automatic updates will dynamically update your account balance once a transaction hits the wire. 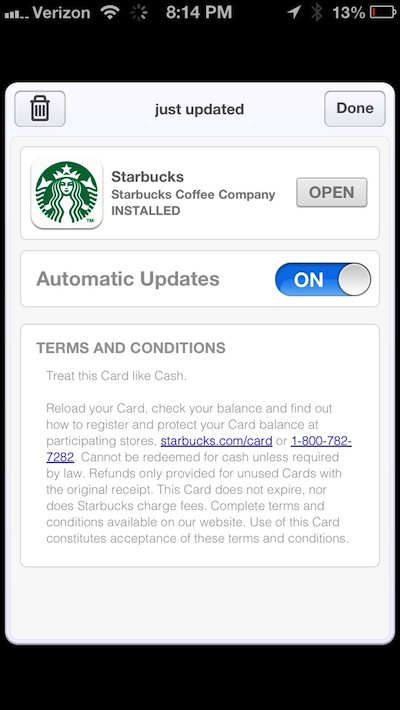 That’s all there is too it. Sadly, I just came from Starbucks not too long ago, so I’ll have to wait before I’m able to test this out for myself. Have you been able to try it out yet?