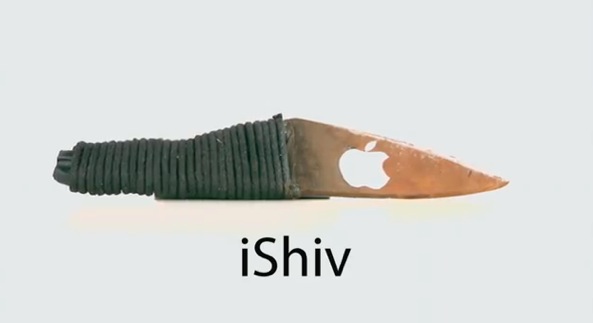 In addition to Mapgate and Scuffgate, another controversy involving Apple is making rounds on the web. Comedian and television host Conan O’Brien jumped on the opportunity to scold Apple over the rioting which swept the iPhone 5 plant in Asia. Take a look at the iShiv, a new tool designed to “revolutionize factory riots”. Because assembly line workers “just love the thinnest, lightest factory riot weapon yet”. The clip is right after the break…

I don’t know, with that last line Team Coco may have taken the rioting too far.

Is Brian’s clip funny as hell or in bad taste?