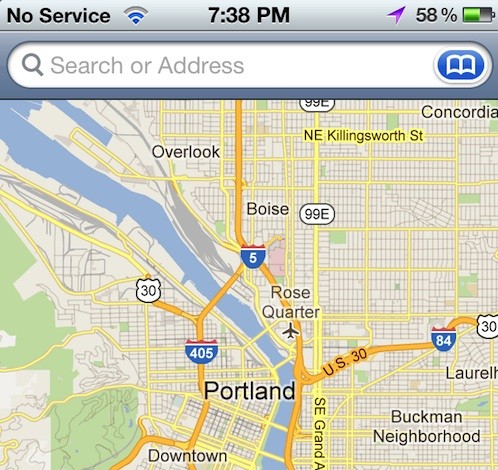 Apple’s new Maps application, which replaces Google Maps in iOS 6, has caused quite a stir in the tech community over the past few days. It’s been described as “inaccurate,” and “glitchy,” and many feel that it’s extremely inferior to its predecessor.

But the good news is, there may be light at the end of the tunnel. At least for jailbreakers anyway. Well-known jailbreak developer Ryan Petrich announced earlier today the he was able to get Google Maps working on iOS 6. And here’s the video…

Petrich tweeted out the above video earlier today along with this note “old Google-powered Maps mostly works on iOS 6.0 with a little trickery.” He goes on to say that the solution is still a bit “crashy” and cannot be distributed to the public yet.

Still, the fact that he has a proof of concept is good news. And we look forward to his progress. It just goes to show you what the jailbreak community is capable of. Here’s this huge problem (for some people), that could soon be solvable with a few screen taps.