Despite claims by some that iOS 6 is less than a stellar update, it seems Apple’s latest release of its mobile operating system is being adopted quickly by users of iPhones, iPads and iPod touches.

New figures released to Techcrunch by analytics firm Apsalar, show that iOS 6 is proving more and more popular as time progresses, with the adoption rate after two full days of availability being a healthy 20%. That’s up 5 points from after day one. 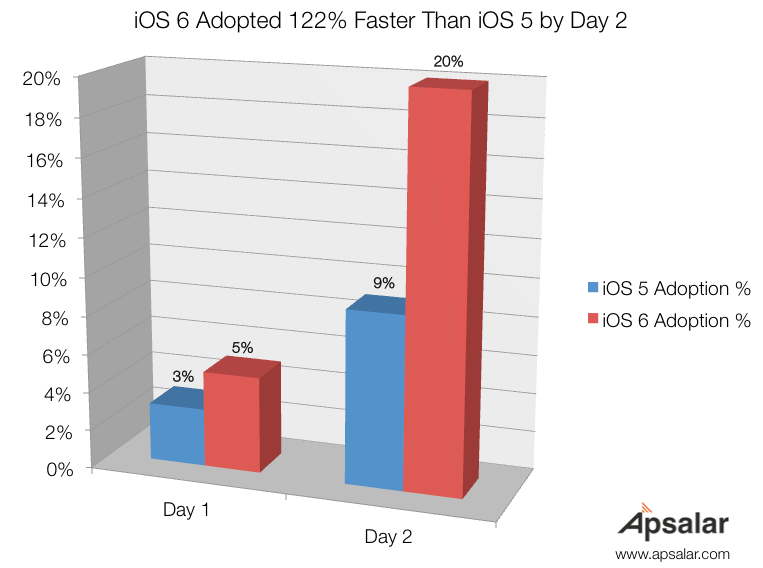 The news will be music to the ears of iOS app developers who may see the chance of supporting less versions of the mobile OS, reducing development time and potentially making it possible to add features that would not be available to users still stuck with older versions of the operating system.

Apsalar isn’t using a small sampling of devices to work these figures out, either. The company took a sample of 2.2 million iOS 5 devices, and 6.3 million iOS 6.

Have you updated to iOS 6, despite its arguable lack of any standout features this time around?