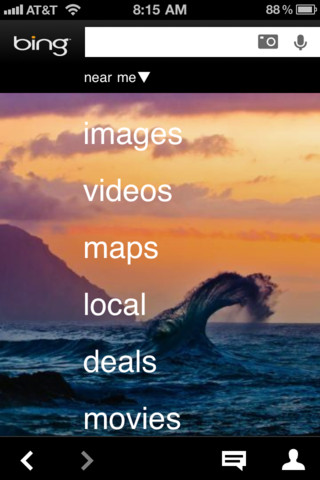 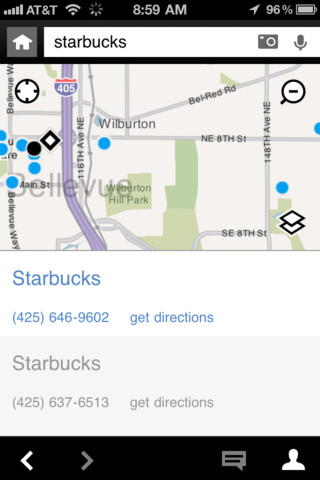 Exploiting a record $25 million settlement Google negotiated with The United States Government over the iOS Safari privacy breach that erupted back in February 2012, software giant Microsoft put together a little web page meant to convince Apple users to use Bing as their default search engine.

The Windows maker is reminding us of Google’s failed promise of not tracking Safari users without their permission, suggesting Google’s credibility has been tarnished beyond repair. Want to do something about it?

Use Bing instead, the company proposes…

If you are a Safari user, Google may have recently tracked you even though it promised it would not. Want to do something about it?

It also offers the following timeline of events and handy links to the official FTC ruling and a USA Today article.

• Google promised it would not track Safari users
• Google broke its promise and tracked Safari users without their permission
• Google used this improperly obtained information to target ads for profit
• The FTC took action against Google in the form of a record $22.5 million penalty

The Next Web has more on how Microsoft is focused on converting Safari users with this campaign. 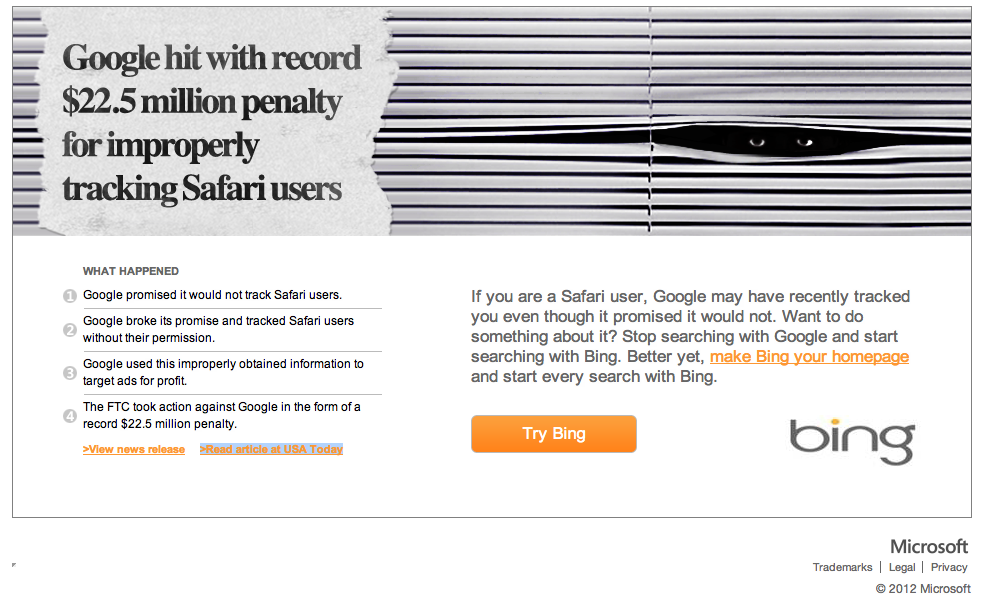 By the way, one of the subtle tweaks in iOS 6 concerns the Safari search field  which now simply reads Search rather than Google, Yahoo! or Bing as before.

Microsoft is many things, but they’re sure quick to exploit rivals’ missteps to their own advantage, aren’t they?

On a somewhat related note, Microsoft won its third German injunction against Google’s Motorola over a high-profile patent related to input methods on mobile devices, the FOSS Patents blog reported this morning.

Microsoft is also asserting the U.S. equivalent of this patent against Motorola in the Western District of Washington.

It ain’t all peachy for the Windows maker as a U.S. Senate committee memo accuses Microsoft of legally avoiding paying billions in taxes, just as CEO Steve Ballmer is set to announce a new corporate citizenship initiative.

What goes around comes around, I’d say.

Will those companies ever learn that messing with karma is the worst thing to do?