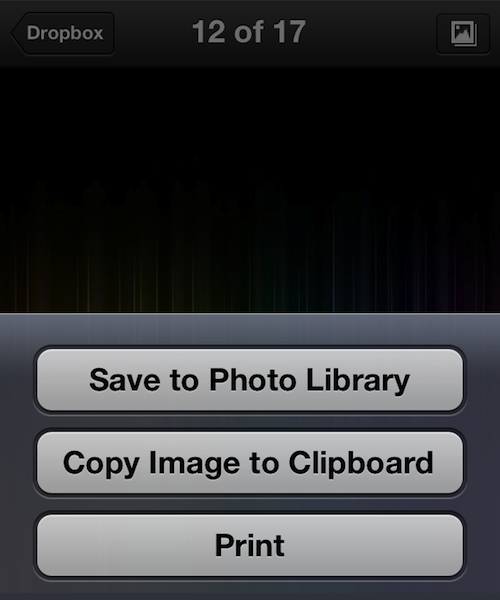 For those unfamiliar with AirPrint, it’s Apple’s protocol for wireless printing from iOS devices. As long as your printer is AirPrint-capable, you can wirelessly print from your device with zero setup.

The new features make the Dropbox iOS app considerably more useful. So even if you’re an infrequent user, I advise you to upgrade. As always, you can find Dropbox in the App Store for free.

What do you think of the Dropbox update?